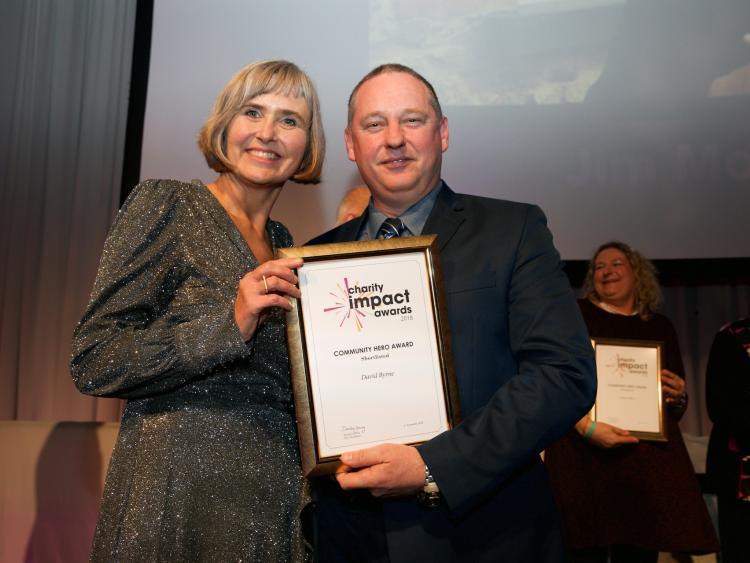 The Community Hero Award is a lifetime achievement award honouring a person who has made an extraordinary contribution to a good cause over the course of their lives.

David is one of the most dedicated members in St John Ambulance, having volunteered his time for the past 20 years. He works for a private ambulance company as well where he works shifts that sometimes last thirteen or fourteen hours.

"After working hard all week, David will still show up for duties and training with a smile on his face and a cup of coffee in his hand. He puts 100% into everything he does and he is completely reliable, David has shown this dedication since he first joined the organisation over thirty years ago. David will put in at least one thousand hours of volunteering a year in addition to his fundraising efforts. An example of these efforts was raising €65,000 to purchase a new ambulance and the first automatic chest compressor for St John Ambulance," said his nomination.

"Aside from treating countless patients, giving many cardiac arrest patients a second chance at life, and putting in countless hours of volunteering, David gets along well with everyone. He encourages and helps every member to reach their full potential. He treats everyone equally and with the same amount of respect regardless of rank or amount of years served. He is an asset to the team."

David is also involved in training the public and members all the way up to Emergency First Responder level. He also helped to develop some of the courses within the organisation.