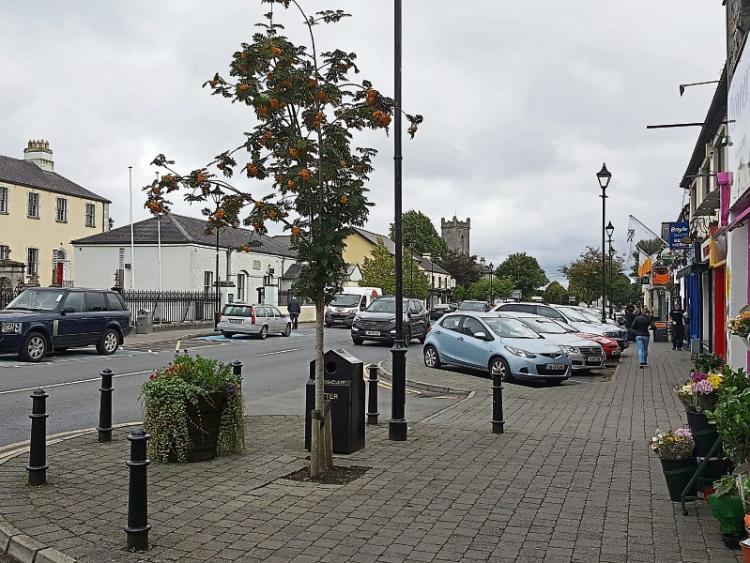 The recent Health Check report on Clane has pointed to the necessity of traffic calming in the town and expanding the “public realm” areas.

But at the Clane Community Council’s monthly meeting on November 3, questions were raised about the practicality and timing of potential new projects during a discussion on the ideas in the Health Check & Initial Public Realm Plans draft report.

A key idea is to make the town centre more friendly for pedestrians and cyclists.

These include narrowing the roadway and creating more pedestrian areas.

But some sounded caution on any moves.

Council member, Henry Lowry, said that the street had been narrowed in Edenderry, County Offaly.

As a result, he said, you were wasting your time going there on the days when drink lorries and others trucks were visiting the area due to congestion caused by those vehicles.

Mr Lowry said that a plaza, for instance, could not be created unless there were alternative places for traffic to go.

Community Council members remain worried over the possible impact of the Sallins bypass and its knock on effect on Clane traffic, which would materialise soon.

There was also discussion on creating more links between estates. Another council member, Tony McKenna, said that some estates were entities on their own and ways would have to be found to create more direct pedestrian links from them to the town centre. He said that due to a lack of links a lot of people drove their cars instead of walking.