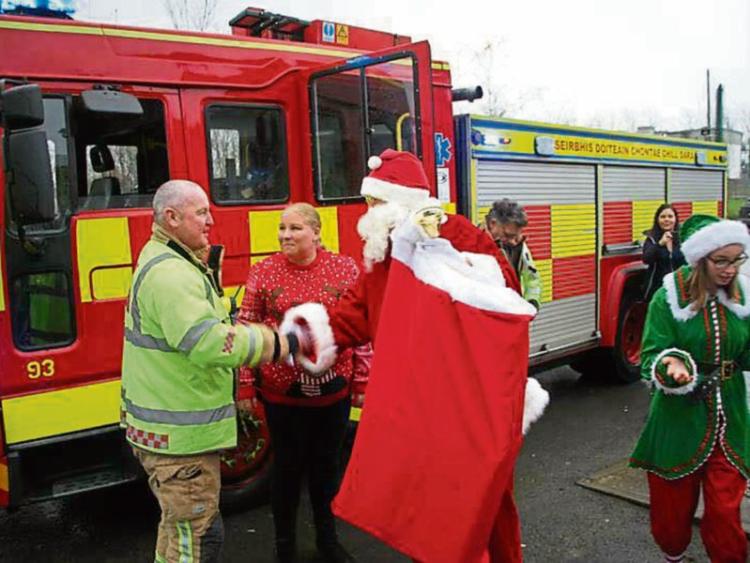 There was a large turnout for the annual Christmas party staged at the Naas GAA club earlier this month.

Some 125 families were represented and about 260 children turned up as Santa arrived the venue in a fire engine driven by local firefighter Emmet Loughlin.

He was accompanied by a group of elves who helped ensure that he got the presents handed out to the children who turned up.

The children had a great time getting their faces painted as well as colouring at the art table — and there were plenty of treats on hand. The club wishes to thank the committee who organised the party — Mary Magee, Nuala Ryan, Karen Whelan, Tracey Bridges, Jacqueline Kelleher and Janine McCormack. The local business community is also thanked for their supporting the event.