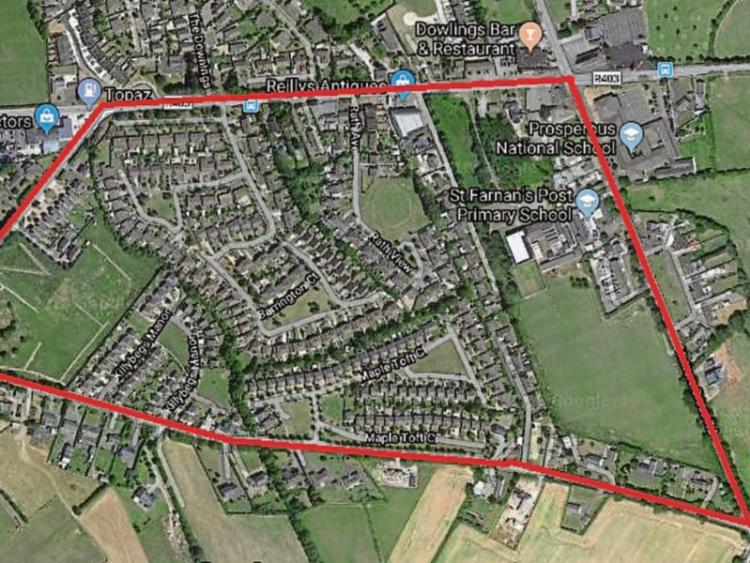 The route of the ring road

A petition has begun in Prosperous to make a ringroad in the village safer for pedestrians.

The petition, which appears on Change.org calls on Kildare County Council Roads and Transportation Department to conduct and immediate audit on the safety of the route with regard to: public lighting, the width and accessibility of pathways and pedestrian crossings.

The 'block', as it is known in the village, starts at the main cross roads, proceeds to Hatter’s cross before turning back down towards St Farnan’s GAA pitch, back to Naas Oil petrol station and back to the centre of the village.

Like many such circular routes throughout the county, it is popular with walkers, even though a sizeable section of it has no footpath on it.

The petition was established by Aidan Farrelly, a resident of Prosperous, and Local Area Representative for the Social Democrats in the Clane Local Electoral Area. You can sign it by clicking here.

“We estimate that approximately 1,000 people avail of the ring-road in Prosperous as a route to exercise, walk their dogs, or simply to move between areas and services in the village.

“In doing so, this poses significant safety concerns in relation to the lack of lighting in some sections, lack of pedestrian crossings and also the width of some sections of the paths.”

The petition quickly attracted signatures in the hours after it went live earlier today.