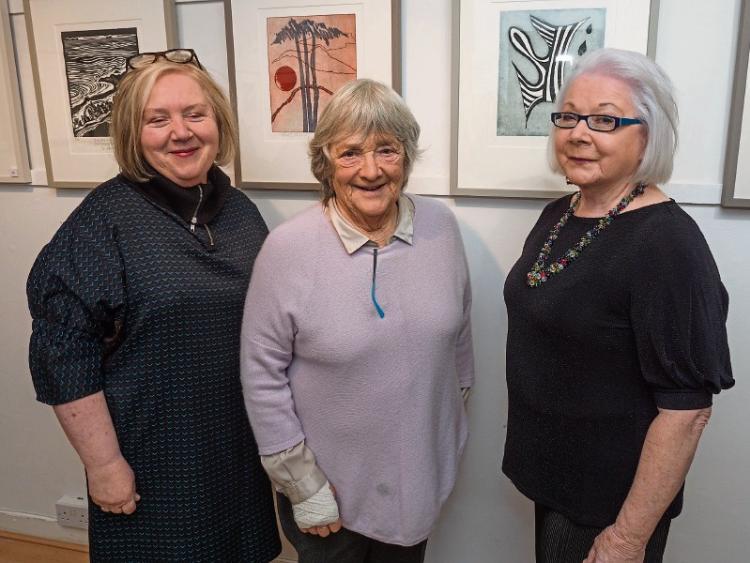 Members of the Clane based Leinster Printmaking Studio now have links beyond both Kildare and Ireland.

Recently members of the art project travelled to Bulgaria to show their work.

They had just returned when they had to mark a date in the diary last Saturday week at the Kilcock Art Gallery for the opening of their 20th anniversary exhibition.

The Studio, which has been supported by Kildare County Council Arts Services since it began, was founded by Margaret Becker, whose enthusiasm has been a key factor in its success.

Twenty years after she left Dublin to live in Clane, Margaret set up the studio.

Today she works in both stained glass and printmaking.

Amongst other things she extracted a stained glass window from Evie Hone’s long lost cartoon of the Deposition, which was recently installed in the Boy’s Chapel in Clongowes Wood College.

Speaking to the Leader at the exhibtion launch about the LPS 20th anniversay, Margaret said: “I think I am surprised it has lasted.”

There has been an enormous surge of new members.

Just recently, three members went to the Lessedra Gallery in Sophia, Bulgaria. They brought with them 50 prints from members of the Leinster Printmaking Studio.

The exhibition is on show until December 8.