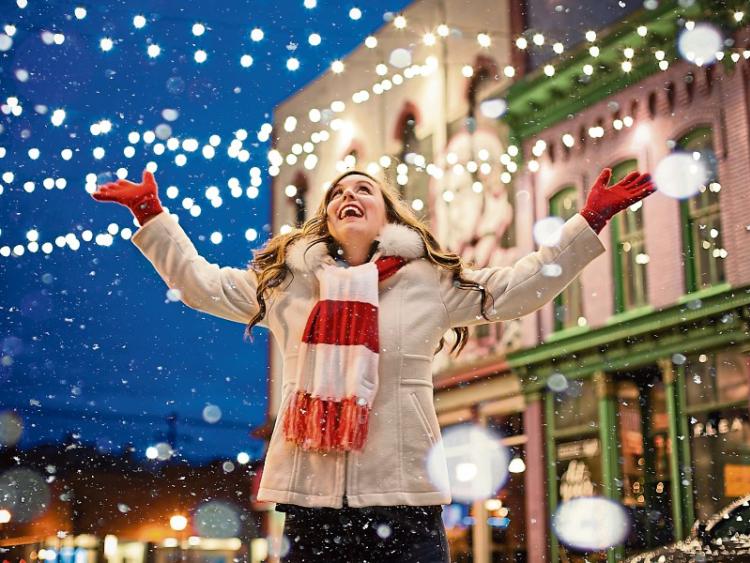 It was when I bellied up to my handy local coffee chain on Thursday morning, November 1 that the first blast of Christmas spirit smacked me right in the Grinch-like kisser.

In my defence, it was the morning right after Hallowe’en and I was in serious need of caffeine.

The housing estate the previous evening had sounded like it was plonked in the middle of the Saving Private Ryan set, and the neighbour’s dog was going ballistic with the fright — and I wasn’t too far behind myself.

I hadn’t even had a chance yet to pick over the Trick-Or-Treat leftovers… you know, the good stuff you ‘get’ for the kids but keep back while you still have the generic fun-sizes to give out.

Anyhow, what did my coffee come in, but a snowman-adorned, festive paper cup.

I took a slug and looked around — and the café seemed to have been transformed overnight into Santa’s grotto. There were Christmassy concoctions on offer, and the staff were grimly sporting Santa jerseys with the air of people who weren’t being paid enough to deal with this crap.

For a sense of perspective, it was, at that stage, still almost two months to go to C-Day.

Now I know there’s two kinds of people in the world — those who turn into excited snowflakes on November 1, and those who would welcome a return to the ‘old days’, when the threat of a lump of coal in your stocking was very real and Christmas wasn’t mentioned at all before the big culchie shopping day of December 8.

I’m firmly in the latter camp.

We lose so much by swinging quickly from event to event, from celebration to celebration, that we lose much of the joy in the ordinary days of the year.

Now, lest I’m accused of hypocrisy in the fact that the Leinster Leader gladly accepts advertising from businesses showcasing their Christmas wares, let me be clear. There’s nothing wrong with planning ahead. It’s fine — advisable, even — to have the office Christmas party booked or the night away planned a few weeks in advance.

Many sensible parents assure me that sorting out Santa’s list by mid-November is the only way to ensure the man in red’s sanity, so that the elves don’t have to go traipsing around toy superstores in December hunting for a must-have, sold-out item they can’t make themselves.

But there’s a difference between that and gorging ourselves daily on mince pies and cut-price Roses and festive coffees in the first week in November.

Sure, the showy golden September/October days of autumn are now over, and November is generally seen as a damp, miserable month, when the weather gets unpleasantly cold winter sets in in earnest.

Yet it’s the time of year when there’s real pleasure to be had in curling up before the fire, glass in hand; when the new season telly shows start and there’s good books to be bought in the shops.

It’s the season for baked pies and tarts and hearty, wintery soups, before the overwhelming gluttony of Christmas begins. (And no, I don’t believe in the concept of ‘Dry November’ as a way of preparing for the festive season — it’s no time to deny yourself a nice glass of wine or whiskey).

Patrick Kavanagh wrote in his poem Advent, ‘through a chink too wide, there comes in no wonder’. Even Kavanagh couldn’t have envisaged a chink two months long. So let’s make a resolution, it’s time to pack daily Christmas treats and celebrations away again until — at least — the first of December.