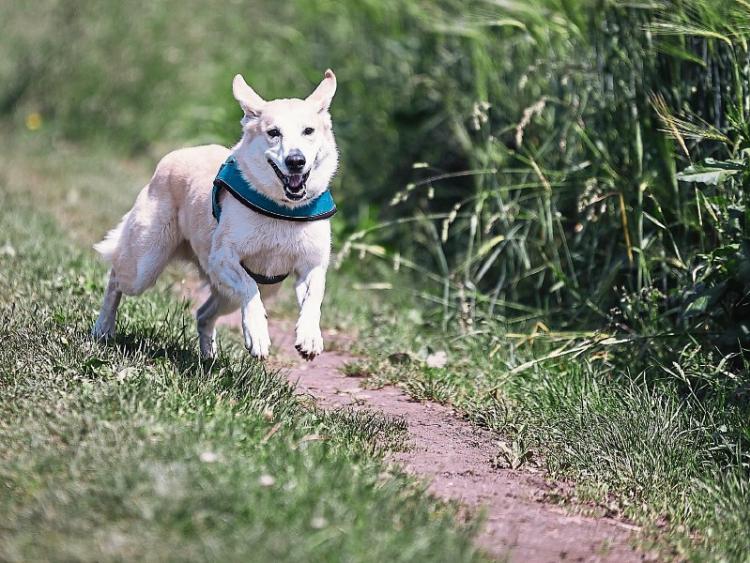 A wise man once told me that having a dog is the best way of guaranteeing exercise — the bigger the dog, the better.

His reasoning was that larger dogs need more exercising.

Generally dogs need 30 minutes to two hours of exercise a day, depending on size, age and breed. This is fairly similar to the recommendations for humans, which is at least 30 minutes exercise most days of the week.

Science does corroborate this particular wise man’s thoughts. Those who have dogs do indeed have higher levels of physical activity; in fact when dog owners are reminded that physical activity and exercise benefits their dog’s health, they are much more likely to increase their own physical activity than when prompted regarding increasing activity for the sake of their own health.

While having a pet is a huge responsibility, nearly half of Irish homes have at least one dog.

My family have had a canine member since my sisters and I smuggled an incontinent stray into the house one wet winter night back way back when I was in secondary school.

We were able to keep that dog a secret for a good few weeks, but the puddles eventually let the cat out of the bag.

The most recent doggy bro passed away a few weeks ago. He was old (91 in doggy years); he had lived a good life, he was very deeply loved and enthusiastic in his affection for almost all who passed, even though he wasn’t perfect — he was a barker, a loud early morning barker.

We got him when he was a fluffy, golden teddy bear of a pup who grew into a ginger beast when he reached his pomp. He would never say no to a walk, and the sight of a pair of trainers being laced up was enough to send him off in an excited doggy wiggle of ecstasy to get to the door first.

Years ago, when I started to be more interested in doing exercise, he was a non-judgmental companion, always keen to accompany me.

Slow paces or boring repetitive routes would never put him off. Starting to run, he would hare off down the road, always in front, until he got to the next bend in the road, where he would turn and lap me as if I was a slow moving post. If I slowed right down to a walk, he would trot back, walk with me for a bit, and offer a head for a pat, a lopsided tongue hanging out and a smile for encouragement.

When I would be willing to pick up the pace again, he would career off to start lapping me all over again — ears flapping, barrelling along at full speed, just for the hell of it. Over the years he slowed down to a shuffle, but he never lost his enthusiasm for fresh air and clocking miles.

The walks just got short but only in the last little while would he ever let some one else lead out on a walk — and that is how we knew he was sick.

The next time I go to my folks’ house, there will be spaces that weren’t there before; when the door opens space to enter, space under the table to stretch out legs where before there was a canine Hoover forensically looking for crumbs. There have been tears, there may be more. I do know there will be other dogs in the future.

I am a dog person. They are honest and enthusiastic and I have never met a dog I didn’t like.

Yes, they are a huge ongoing responsibility, and like any relationship there is an investment required, but for me it’s worth it because, amongst many other returns, you get your own devoted four-legged motivator.