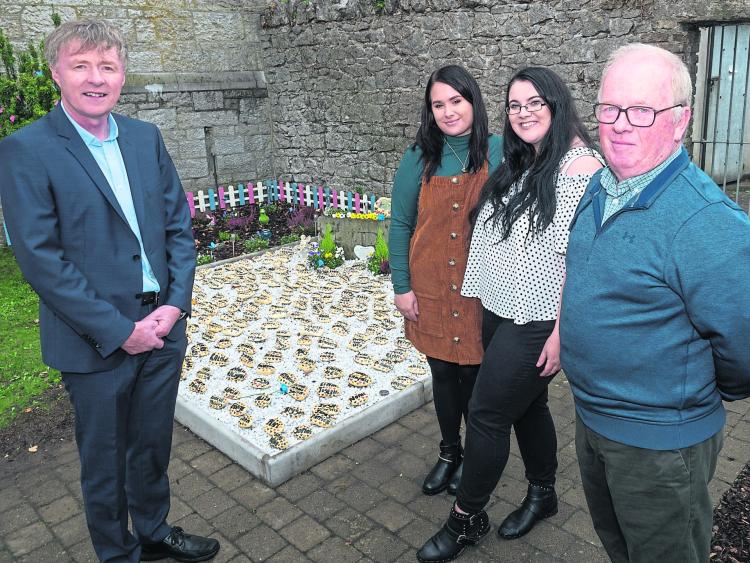 A memorial to children lost during pregnancy has been officially opened in Clane.

The memorial was formally opened behind the Church of St Patrick and St Brigid, following 11am mass on Sunday, October 21.

The memorial is the brainchild of Ciara Hehir, aided by her friend Courtney James, who both lost children, named Charlie and Carter, respectively, during pregnancy.

Ciara Hehir found a community online of grieving parents and decided to create a memorial space for babies.

The church kindly donated a space in the prayer garden at the back of the church.

She paid tribute to Fr Paul O’Boyle, who spoke at the opening and described the garden as a place of “quiet, beautiful and great goodness.”

Fr O’Boyle told Ciara and Courtney: “You have done us a great service.”

Ciara, who lost her baby at around 7 months, and others have worked to create various elements in the garden, which also has a tree in memory of Blessed John Sullivan. It is in an area where the Presentation Sisters set up in the 1800’s.

“We wanted people to feel comfortable talking about their children,” she said.

They thanked Fr Paul, Clane Men’s Shed and John King of King Construction, Matt Hayes and the Parish Office among others.

The garden now contains over 33 stones, painted with the name of much loved babies