Campaign against Kildare wind farm steps up a gear 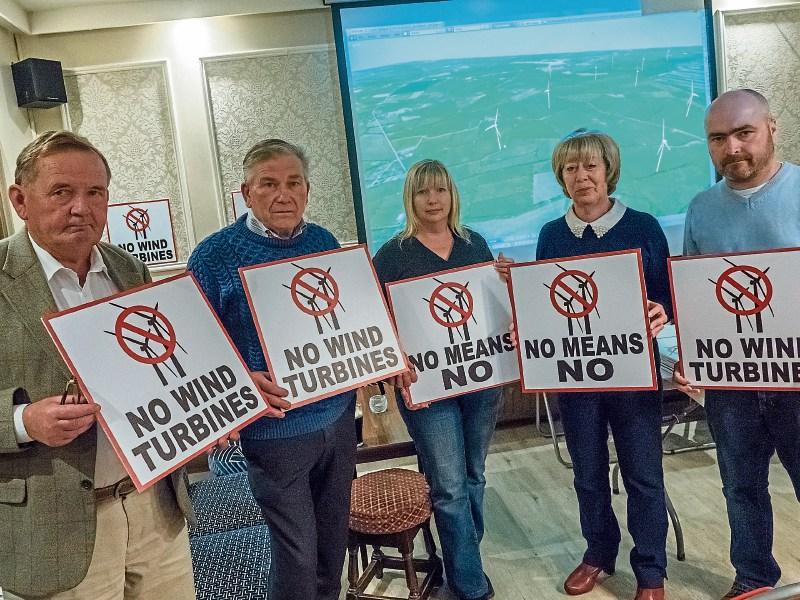 Members of the Drehid Against Wind Turbines group with Cllr Brendan Weld at a previous meeting PIC: T Keane

The Drehid Against Wind Turbines Group has stepped up it’s campaign against proposals for a wind farm in the area.

“We have delivered leaflets to households in the areas involved and the response to this project is a resounding ‘No’,” said a spokesperson.

Element Power wants to build a 14-turbine wind farm in the area.

In it’s leaflet Drehid Against Wind Turbines highlights the delay in the new wind energy guidelines. The group also raises concerns about noise, flicker, possible health effects, property devaluation, impact on wildlife, flight path and effects on children with autism. It said the company will pay €1,114 to all houses within 1km of the wind farm to contribute to local electricity bills.

“These benefits are our own money, which is the PSO levy we are paying on our own electricity bills every month,” it said.

Element Power has said thousands of people live near wind farms all over the world with no ill effects. It said there is no peer reviewed evidence anywhere in the world to back up the claims.