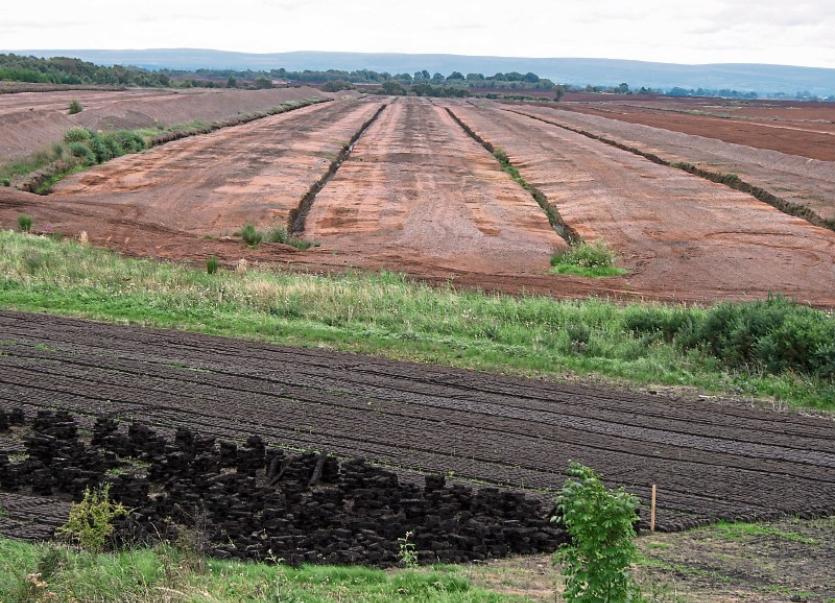 Peat production will come to an end before the 2030 deadline

Between 380 and 480 jobs will go at Bord na Mona across the Midlands and Kildare as the company accelerates its decarbonisation by 2020.

That’s according to a statement issued in the past hour by the company which outlines its ambitious Brown to Green strategy which will see 75% of energy being produced by Bord na Mona being renewable by 2020, and by 2030 it aims to be producing up to two gigawatts of electricity.

The semi-state body has long had a strategy of ceasing its harvesting of peat by 2030, but the announcement earlier today indicates that it is hugely accelerating this process.

The company says that in the past few months it has “put in place a new structure to safeguard the maximum number of jobs, facilitate the decarbonisation strategy and reposition of the company”.

And they believe that new business opportunities exist for them to develop “new businesses to support the low carbon economy”, which have the potential to create 400-500 jobs across the Midlands in the medium term.

“While decarbonisation means we must introduce a new structure it also means confronting some extremely difficult choices. It means that fewer people will be working in peat operations and also managerial and administrative roles across Bord na Móna,” the statement outlined.

“We will shortly open a voluntary redundancy programme, with the expectation that these changes could directly impact approximately 380-430 roles and employees. A consultation process that includes the Group of Unions is underway.”

County Kildare Chamber called the news “dissapointing” and said it would “now immediately look to work closely with Local and National Government, state agencies and all key stakeholders to ensure that we find suitable employment for those affected by today’s announcement”.

CEO of the Chamber Allan Shine said, that “people affected will need immediate reassurances that suitable employment will be available in the short term”.