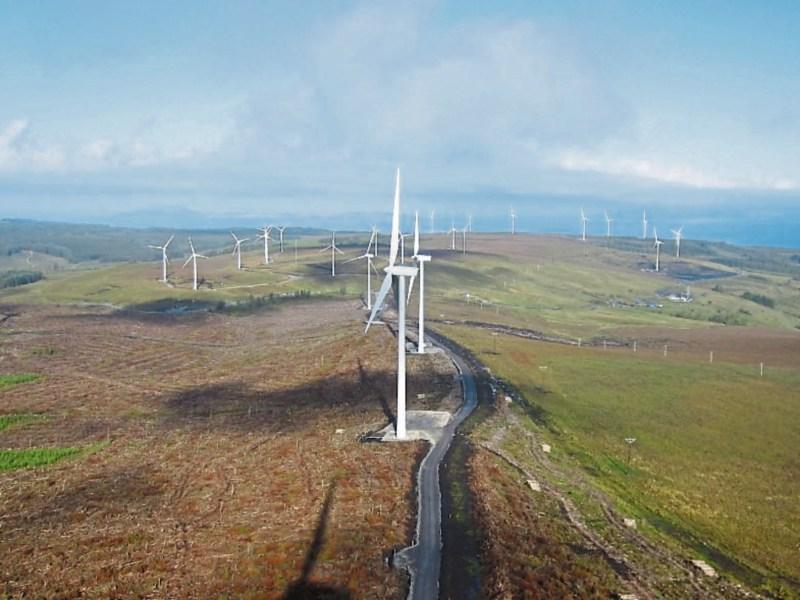 At the start of last week, the UN issued a report which warned that we have 12 years to limit the climate change catastrophe that awaits us all.

The authors of the report by the UN Intergovernmental Panel on Climate Change (IPCC) said that urgent and unprecedented changes are needed to reach the target of not going beyond a 1.5 degree increase in temperature. The IPCC say that the measures are both affordable and feasible.

There was nothing hugely new in the report except that it put a date on their predictions, and removed all remaining doubt, if any such lingering doubt existed, that our environment and our way of life is in dire peril unless we act now.

It is, the chairperson of the group that wrote the report, “the line in the sand. We cannot avoid action now.”

Experts say we are facing a combination of drought, floods, extreme heat and poverty for hundreds of millions of people if we don’t make the necessary changes. Everything from our food to our economies will change considerably if we don’t act.

The Leinster Leader contacted a number of people throughout the county, politicians (both in government and opposition), activists, a business leader, an urban design landscape architect and even the president of Maynooth University to get their views.

Although there were a wide variety of ideas — some radical, all common sense — their responses all pointed in the same direction; we must all take the responsibility by being open to making significant changes in how we live our lives.

While there are many ‘small picture’ suggestions, many also looked at the bigger picture, a call for action beyond ourselves, namely the need to push our politicians and policies in the right direction.

He said we need to support energy saving retrofits of homes and public buildings.

“Support decision makers in balancing the wider good with the individual interests and training for those working for local communities at elected and volunteer levels,” he proposed.

Depity Catherine Murphy of the Social Democrats proposed significant investment in cycle-ways and green-ways, a levy on un-recycleable and single use plastics and the introduction of a new and improved energy retrofit programme for homes and SMEs.

She also proposed a higher tax on diesel fuels, an environmental levy to encourage the recycling of construction materials and information sessions on recycling as well as the alternative use of materials.

“Use your car less — 50% of journeys less than 2km are made by car at present,” he pointed out.

“Increase carbon tax to €30 per tonne in line with recommendation of the Climate Change Advisory Council and increase tax on diesel fuel.”

Allan Shine, CEO of County Kildare Chamber suggested our transport carbon footprint could be reduced through people opting to use public transport, car sharing arrangements and hybrid or electric cars.

“But of course we require the industry to provide more cost efficient hybrid/electric cars,” he said.

“Become more energy efficient by changing to energy-efficient light bulbs, unplugging computers, TVs and other electronics when you’re not using them.”

He also suggested we invest more in renewable sources of energy such as wind and solar panels.

Finally, with a nod to his role in the Kildare Chamber he recommended that we “Buy local! This will ensure there is less movement with goods.”

As well as making a number of suggestions, she also provided drawings (see below) of how Naas and Newbridge could be re-designed.

To her the design of “rural and urban areas has and will have a bearing on how well we respond to our changing climate.

“We need to reduce car reliance. This can be done by investing in public transport and on a more local level improve our walking and cycling networks in urban areas.

“For County Kildare and many other parts of rural Ireland I believe that the unnecessary 80 km/h speed limit on the rural narrow back roads should be reduced to 50 km/h throughout. Yes, yes — I know this might be controversial — but reducing the speed would allow walkers and cyclists to start reclaiming these beautiful roads taken over by the cars in recent decades and allow our children to be able to walk and cycle to school.

“Better opportunities for walking and cycling not only reduces car emissions it would also greatly improve our overall quality of life and our health.” 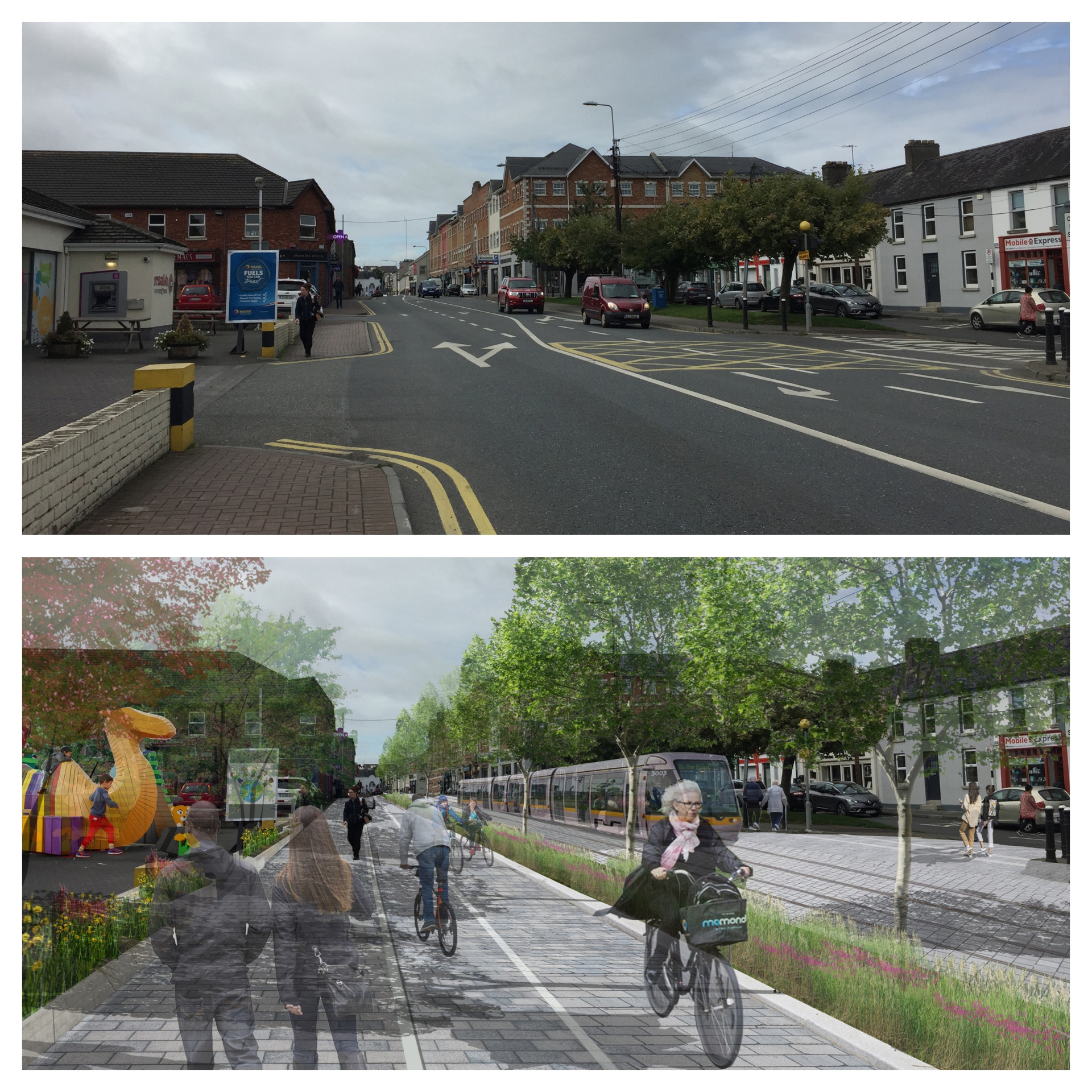 Under the heading of Flood Control, she proposed that “controlling the extra rainfall and the possible flooding through the way we design our local towns and villages will be important.

“By insisting on creating green networks made up of linked green open spaces, parks, cycle and walking paths — also called Sustainable Urban Drainage — we can develop a coherent structure of grass, trees and plants which can direct and absorb the extra water and avoid that it floods our homes and businesses.

“Better integration of parks and their playgrounds not only makes sense as cloudburst control, but also benefits local communities socially.”

Looking at the bigger picture, she proposed we empower our towns and villages. “People are making long daily commutes from rural areas to large urban centres because that is where the jobs are.

“If we want to create thriving diverse and inclusive communities we must provide and support job opportunities locally. This should be done both through financial support, with better broadband connections, with better opportunities for childcare etc.

“By building new housing and high quality urban spaces for both new and existing local residents we can reduce (the dreaded) daily commutes out of our towns, increase local employment, local economies and create a sustainable future for our local areas while at the same time reducing emissions significantly.”

For Fine Gael TD Martin Heydon, “the main thing that comes to mind is the need to increase the use of public transport to try and reduce the numbers driving to Dublin.

“To help with this we need to see increased capacity on the trains and resolve the fare differential that currently exists where Newbridge and other towns have significantly higher fares than Sallins, both of which I am working on.

“Smaller things that people can do would be switching off all TVs computers etc at night or using your own keep cups for coffee instead of using paper cups.” 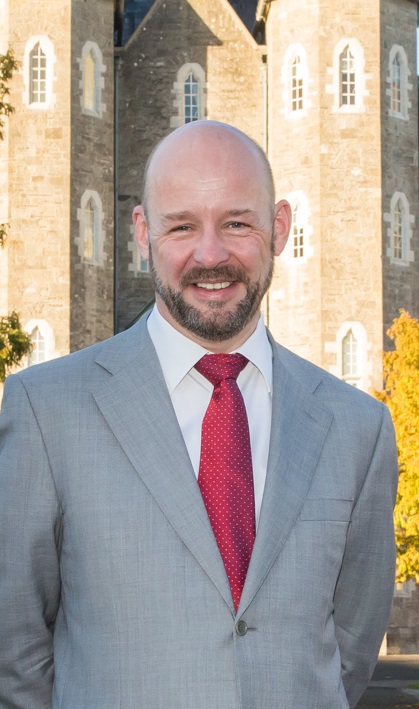 Professor Philip Nolan, President of Maynooth University said that “climate change means that each of us, and individual citizens, needs to change how we live”.

He suggested that we “vote for politicians who act, who make the hard decisions required to limit climate change. The inaction of the current government, including in the recent budget, is shameful.

“Eat green and avoid food waste. Know where your food comes from, using locally sourced food where you can.

“Use sustainable transport and if you must drive, drive electric. Support research and innovation in climate change and climate change mitigation,” he said, adding that “researchers at the University and around the world are working to understand climate change, its impacts, and how it might be mitigated and managed.

“They need and deserve your support,” he said.