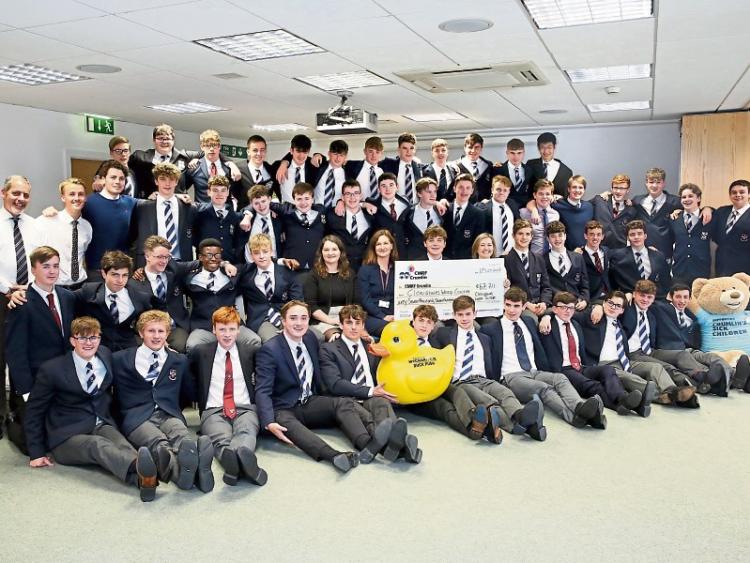 The boys in their visit in Crumlin

A group of students from Clongowes Wood College in Clane visited Our Lady's Children's Hospital, Crumlin last Thursday to present a cheque for €67,700 to medical staff and members of the fundraising team at the Children's Medical Research Foundation building.

The funds were raised as part of the annual Clongowes Duck Push, now in its 26th year.

For twenty five years the Transition Year students in Clongowes Wood College have made raising money to buy a piece of vital medical equipment for Crumlin Children's Hospital an annual goal.

Over that quarter of a century, more than 600 boys have taken part in the Clongowes Duck Push, and many more have lent their support with the fundraising.

In June, during the 2018 Duck Push, Leinster rugby player and former Clongowes student, Dave Kearney took to social media with a special video message for the boys taking part in the Duck Push – an initiative he was involved in during his Transition Year at the Clane school.

Our Lady’s Children’s Hospital in Crumlin has been the main beneficiary of the Duck Push over the years, receiving over €2 million.