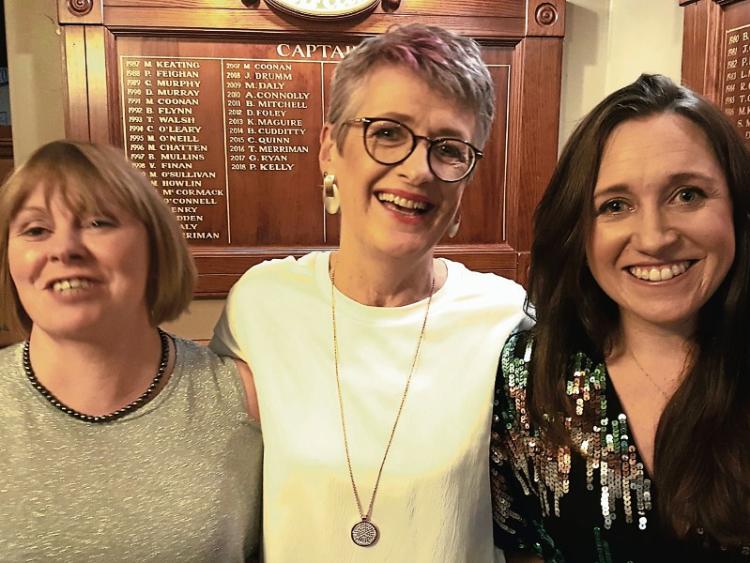 College Grove is a small estate in Clane.

Just ten houses in fact. But representatives of the estate were delighted to pick up one of the awards at the Community Council’s Tidy Estates competition last Friday night, October 12.

While the Outstanding Estate awards went to Ottomy and Central Park/Churchfield, Sheela Cribbin, Terry Coonan and Ciara Carroll, from College Grove, were delighted to get one of six other awards going to estates.

Others to receive them were Abbey Park, Park View, Mainham Wood, Capdoo Park and Brook lands.

Stephen Pwajok was given an award as the Best New Volunteer, a reminder that the work is largely volunteer led.

She looked forward to seeing more volunteers out on Tuesday evenings.

On Clane’s seven point increase in the Tidy Town competition, she described it as “a great victory.”

Paul Carroll, chairman, Clane Community Council, thanked all the businesses, individuals, groups and residents association, who had contributed to another bronze medal for Clane and who were “fundamental” to the success. He noted that the Tidy Town committee had bought a new edge cutter which had made the verges on the relief road, in particular, look very good. Noting how they had to cope with weather changes he said climate change was with us. The chairman said the committee has done a lot of work on a public realm plan.