NEWS FEATURE: A wedding in Celbridge and a funeral in Pampanga 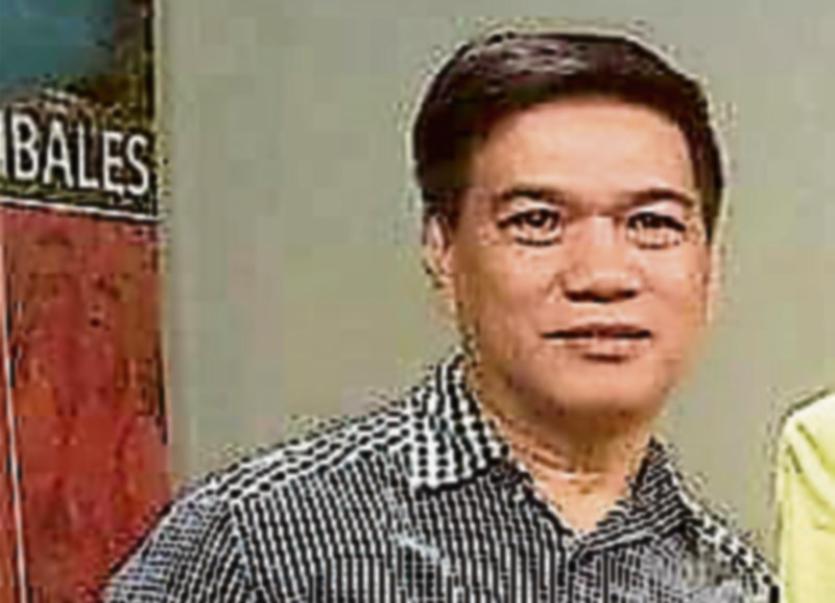 On Saturday, September 8 last, I was fortunate enough to marry the love of my life, Aida, a resilient and beautiful woman I have known for twenty years or so.

It was a great day and the rain stayed off in Celbridge as family and friends — a number of these from Aida’s native country, the Philippines — celebrated at St Patrick’s Church and Celbridge Manor, aided by much welcomed music from Des Hopkins and his musicians.

It was kisses of joy for Aida and I that day.

A week later, on Saturday, September 15 in Irish time, Larry Tolentino, Aida’s closest brother, died suddenly and unexpectedly due to a massive stroke, experienced when sitting down with friends.

It was then hugs and tears for Aida and I.

The much-loved Larry did not attend our wedding, despite our best efforts to get him here from the Philippines.

Aida and Larry, who did not look his 61 years, and who shared a birthday with me, were close.

I had agreed to act as his sponsor for his travel visa to Ireland for the wedding.

Larry had qualified as an engineer at university in Manila many moons ago.

But he never practiced, instead becoming a top-rated hairdresser, running his own business near the Tolentino family home in Santa Rita, Pampanga.

He was incredibly popular, so much so that a friend flew back the three hour flight from Guam for his funeral.

Larry was generous, to a fault, as Aida said in her address at his funeral, funding college education for many out of his own pocket, among other things — so much so that some of this brothers and sisters sometimes helped him out.

He was also gay and helped the incumbent mayor and the Vice Governor of Pampanga (population 2.19m people) as an organiser for the gay community, the Rosas.

He applied for his Irish visitor’s visa but was turned down for a variety of reasons. I was annoyed but accepted his application was not up to scratch — Larry was generous and loveable and somewhat chaotic at times and it was feared by the Irish embassing that he would not return back home.

There was not a chance of that. He came here over 20 years ago and had no problem getting work with top hairdressers here. They could not persuade him to stay and unlike most immigrants, he went home.

What I don’t get is that people are let in here on ‘student visas’ and disappear into the back of, oftentimes, food takeaways, working without job permits, and exploitable. As the host sponsor for Larry’s application, I had to send payslips, bank and credit card statements, and proof of ability to house Larry without his having recourse to any social welfare from the Irish Government.

Could they not have let him in for a month for our wedding, and fined me if he was not on the designated plane home ?

The technology is there.

Larry was upset — as we were — but appeared to get over it.

Following our wedding, we took our Filipino visitors, 14 of them, to Doolin for a few days. They had been on a tour of mostly European cities before coming to Ireland.

The last couple, Aida’s long time friend, Susan, and her husband, Rollie, were with us on Saturday, 15th, visiting Trim and Maynooth Castle’s and the K Club — Rollie wanted to see the Ryder Cup venue — when we got the first call about the stroke.

Hours later, Larry was, unbelievably, gone from us.

Perhaps was it better that he did not make it to Ireland, we wondered.

The next day, Susan and Aida, booked us, online, on an Etihad Airways for the flight back to Manila on Tuesday — a two-legged affair with around 15 hours flying time via Abu Dhabi.

Susan and Rollie headed home on the Monday and met us off the plane at Manila on Wednesday.

Larry had arrived back home from hospital to lie at home for seven days of mourning, a Filipino tradition, and a tiring one for those unused to it.

Visitors, who usually give a donation, are fed for the seven days.

In this case, the narrow street outside the house was blocked off, on foot of a permit from the local authorities. A tent, to keep the sun off, was erected and card games and mahjong continued with small sums of money (pesos) involved throughout the week.

Neighbours cooked away and cooked and cooked. That reminds me — I must bring some chocolate for four of them on my next visit.

On Saturday, the time came to say goodbye to Larry. Hundreds had dropped into the Tolentino home, many in disbelief at the larger-than-life Larry’s passing.

Stories flowed of those he had helped. It was tough on Aida as the oldest surviving sibling talking to everyone. I was hoarse myself.

Three nights of little enough sleep, punctuated by a break at the Bliss Hotel in San Fernando, in our air conditioned room provided by its owners, Willie and Helen, friends who had come to our wedding, was our lot.

Because of the heat, mass was set for 8.30am and Larry headed off in the horse drawn carriage for the beautiful church of Santa Rita and later to be laid to rest with his mother and father, and late younger sisters, Hazel and Gloria, among others.

It was a marvellous send off for an outstanding individual.