Kildare parenting column: Should I use the word ‘fat’ around my children?

It's just a phase with Ruth Chambers 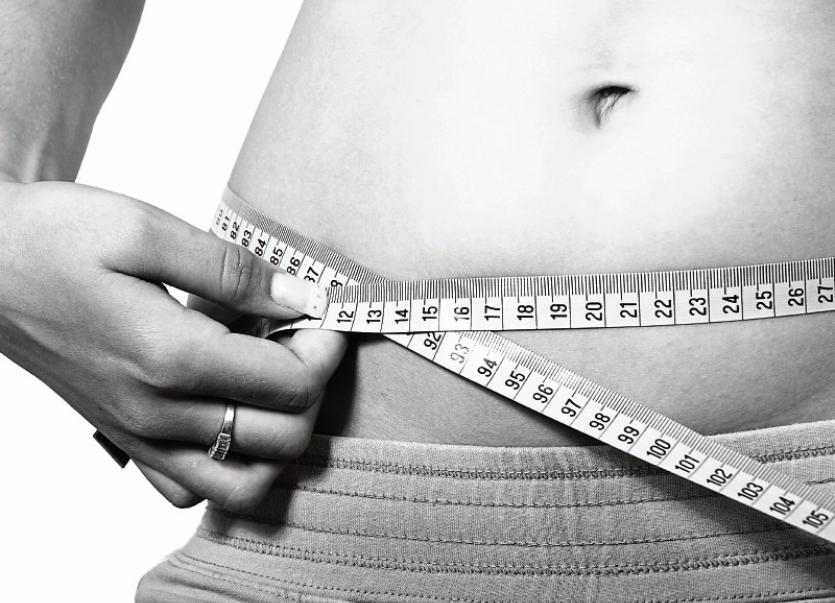 Children aren’t known for their subtlety and recently Aidan proved that beyond any doubt.

We were in a local supermarket when he turned to me and said ‘Mammy, look at that really fat man with the chicken pox’. He said it really loudly. I wanted the ground to open up and swallow me.

The man is question quite clearly suffered from acne and he was overweight; obese even. I can totally understand why Aidan used the chickenpox description.

However, I was very taken aback by the fact that he used the word ‘fat’ to describe him.

Why? Well, it’s not a term I’d ever use in front of the kids. When I told Aidan off for using the term he was bemused. He informed me that Daddy Pig (the dad from Peppa Pig for those not in the know) is fat and all children know this.

Feck Daddy and Peppa Pig, I thought. Then I thought again.

Aidan, chickenpox aside, was right in what he said. The man was fat. He wasn’t thin. However, is it a word I want my children using to describe people who are overweight? Is it a word I should use at home? Should I tell them to constantly stop looking for snacks and treats because they will get fat? Or do I continue to tell them that looking for snacks and treats is not healthy?

I don’t particularly care what other people do with their bodies. Yes, people who are very overweight potentially cost the taxpayer more but, that aside, it’s none of my concern if they are a size 8 or a size 28.

However, I personally don’t ever want my children to be overweight and it’s purely for health reasons. I’d prefer them to be a healthy weight, fit and active.

So here’s what I’m wondering; do I start using the word fat around them? They aren’t stupid and they can clearly see if someone is fat.

Indeed I’m far from a size eight myself and they aren’t shy in telling me. I’ve been told by them that my belly is wobbly and soft and do you know what? They are right.

It is and I shouldn’t be offended by such statements because what they say is 100 percent true.

Society doesn’t like the word fat. It’s not politically correct. It’s a dirty word and an insult to people.

However, according to Irish body positivity advocate Sarah Tyrrell, ‘by having a fear of a word, we give it a power over us, and in turn we give power to others who use it against us’. Her words have really got me thinking about what I teach the kids.

But I’m certainly thinking of telling them I don’t want them to get fat due to overeating or making bad food choices.

It could come back to bite me in the ass, because they will most likely turn round and label me as fat. Perhaps it’s a word I need to get more comfortable with too.

On the whole, I don’t want Aidan and Sarah commenting on anybody else’s weight. It doesn’t concern them but their own weight does.

Or does it? It’s so hard to know. Should a five year old and a three year old be concerned about weight? Concerned is probably the wrong term to use, perhaps aware is better. Clothing size doesn’t concern me but their health does.

However, they need to know that, amongst other things, bad food choices will make them fat and that being fat can have a negative effect on their bodies.

Then I worry that having such an attitude will have a negative effect on Sarah, in particular, because there is such pressure on girls to look a certain way.

That doesn’t affect her now but it will as the years go on. I really don’t want that. Kids have enough to be dealing with as it is.

I’m not the best role model for the kids. They are right, I do have a wobbly belly and I’m not where I want to be body-wise at the moment.

Of course they don’t know that and they never will. I constantly tell Sarah she is amazing and that she is beautiful.

She tells me I’m beautiful too and I make sure to take the compliment and agree with her.

Beauty isn’t about being fat or lean and I really want her to understand that. Beauty, pardon the cliche, is way deeper than that.

Fat is just something that has the potential to cause health problems.

In my mind that’s all it is; it’s science, it’s evidence based.

Society isn’t so logical though. Just look at the women who grace the covers of magazines 99 percent of the time. We are fed that image everywhere we go.

So it is also my responsibility to teach Aidan and Sarah that being too thin is also not healthy. It’s anything but.

Doing all this teaching is also anything but easy. It’s hard to know what way to go about it. I’m probably overthinking it all yet again but don’t you know it’s what I do all the time!

Any thoughts on the whole fat thing when it comes to teaching kids?

Please send them my way and tell me how you go about it.

Thanks in advance, folks.