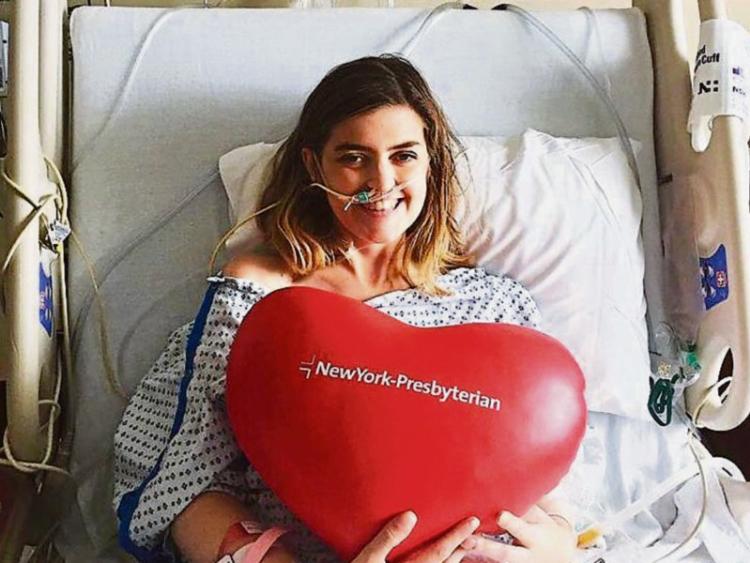 The IKA has confirmed that there has been an influx of over 5,000 requests for donor cards within the first three days directly following the documentary “Orla Tinsley: Warrior” which aired on RTE One and was followed directly afterwards with an audience discussion on the Claire Byrne Live, also on RTE One, which involved people touched by organ donation. Orla is originally from Newbridge but is currently studying in New York.

Mark Murphy, Chief Executive of The Irish Kidney Association, said: “on a normal day we would receive between 20 and 50 requests for organ donor cards. The public’s interest in organ donation has dramatically spiked since CF campaigner Orla Tinsley’s documentary was aired on Monday.

"Such a level of public response has not been seen for almost a decade. Orla’s courage has moved the public in such a powerful and visceral way to support organ donation. This gives hope to the 600 or more people on transplant waiting lists and their families and demonstrates, once again, how powerful individual stories shared by people who have been touched by organ failure and organ donation can capture the public’s empathy.   We hope that the public will continue to have that vital discussion about organ donation with their loved ones and let their wishes be known.”

You can view the Orla Tinsley: Warrior documentary and its studio discussion on RTE One’s Claire Byrne Live Show on RTE Player.

You can request an organ donor card via the Freetext number, Freetext  DONOR to 50050 or via the Irish Kidney Association website www.ika.ie/get-a- donor-card/

The ‘digital organ donor card’ is available from the Google playstore or itunes. Your wishes can also be recorded when applying for the new format drivers’ licence and code 115 will be put on your new licence.   To request an Organ Donor Card, click HERE