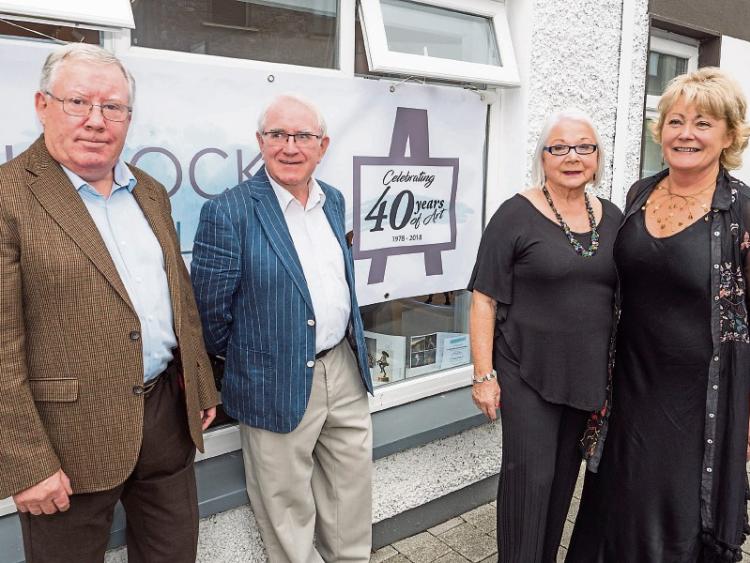 Kilcock Art Gallery, which was established in 1978 by Breda Smyth, held a celebration to mark its 40th anniversary last Saturday.

The gallery has for four decades been dealing in fine paintings, sculpture and prints by leading names in the Irish art world.

Over the years it has welcomed famous names including US ambassadors Michael J O’Sullivan and Jean Kennedy Smith; Cardinal Tomas O’Fiach in 1982; Charles J Haughey, who opened an exhibition of Tory Island Painters in 1986 and many more.

The gallery has also been involved in promoting Irish art abroad. In 1995, it brought an exhibition of Kerry artist Micchael Flaherty’s paintings to New York, and, ten years previously, it organised the showing of a collection of Irish art in Paris.

Gallery founder Breda Smyth’s family, the O’Keeffes, have been established in business in Kilcock since the 1800s. She trained at the National College of Arrt and Design and the College of Commerce Rathmines, and worked in advertising before establishing the gallery.

Her daughter Carina, who has extensive gallery experience, joined the business in 1999.