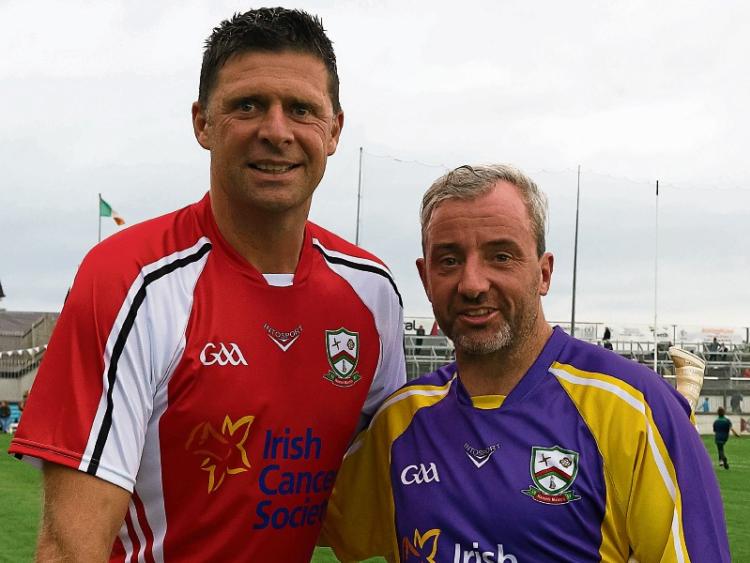 You might say Niall Quinn is almost an adoptee of Kildare at this stage, such is his prominence locally.

But I recently fell into conversation with an English doctor who laid claim to the former footballer on behalf of the blue side of Manchester.

The doctor explained that his love affair with the football club started not with manager Pep Guardiola or the billions from the Middle East, but on a damp afternoon in 1993 when Niall Quinn consolidated his billing as the then-darling of Maine Road.

That day, City were playing Derby County in the old First Division and when goalkeeper Tony Coton got sent off, Quinn — having already scored in the contest — stood in for his stricken teammate and remarkably, saved a penalty.

I remember the moment well, but this conversation landed like a welcome reminder, and before it even had a chance to leave my head, I found myself on the receiving end of another unprompted reflection again involving the same player, just days later.

This time, the conversation took place in North London, with an Irish social worker, close to what used to be the old Highbury Stadium.

There, over a cup of tea, Quinn’s name tumbled out along with a collection of Irish players who once coloured the ranks of Arsenal football club.

When I jammed both reflections together in my head, I realised that the affable ex-footballer turned businessman I’ve grown used to seeing around Naas remains part of a group of Irish players who endure in the imagination of British sport, and in particular, the Irish sporting memory in Britain.

This isn’t some attempt at a homage to Niall Quinn. He just so happens to be the catalyst for this column. And the enduring legacy of his generation of Irish players is no real surprise, when you think about it.

When Niall Quinn started out on the professional road in England in 1983, Ireland was starved of the kind of international sporting triumphs we’ve now become accustomed to celebrating, from rugby to boxing, to golf.

Because by the time he got his first start for Arsenal in 1986, Ireland had yet to qualify for a major international soccer tournament and our rugby teams didn’t dominate in the manner that has been made to feel like a birthright.

So, really, beyond Barry McGuigan, it was down to the footballers to carry the torch of our talent on the international stage.

Of course they did this long before that, too.

In creaky old stadia that have long been rebuilt, Irish soccer players were the sporting starlets that punctuated the season from September to May, and gave emigrants and home-based fans a certain feeling of legitimacy as well as joy.

But north of the River Thames, and in one half of Manchester, it seems, he, like many of his peers, continue to represent something very different and very substantial.

When Niall Quinn joined Arsenal, they were then unquestionably, the Irish club in London. The Arsenal of the old Highbury was situated in the then emigrant heartland located near the enclaves of Highgate and Archway, and in the shadow of landmark Irish pubs like Johnny Sweeney’s tavern.

And the conversation that brought Quinn onto this column’s radar recalled how, in this beating heart of Irish London, the greening of Arsenal ran so much deeper than Pat Jennings, Liam Brady and David O’Leary.

In fact, through one storied period in the history of Irish football in England, seven players from the island of Ireland were in around the Arsenal starting team.

As well as the three mentioned above, it was explained how Frank Stapleton, Pat Rice, Sammy Nelson and John Devine were also present.

Around the same time, an eighth, Niall Quinn, would join. And after winning a first team place, he scored the kind of early successes that remain fondly remembered around Archway, if you find yourself in the right company.

This is no revelation. Just a timely reminder that the footballing footprint of long retired Irish stars like Niall Quinn have yet to be eroded, long after they’ve retired.

And though their identities have changed and they’ve very different lives now, that what they once represented is what they still represent today for an older Irish London. For an eternally nostalgic column, there’s a warm feeling in that.