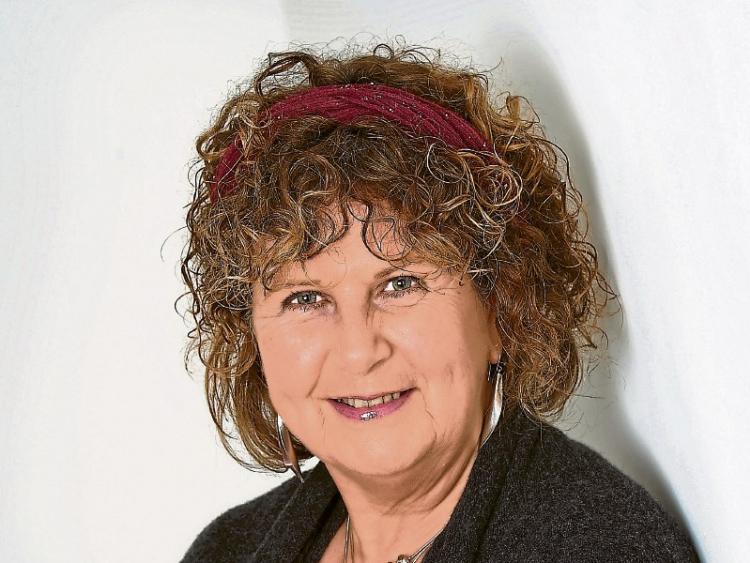 She was selected to take part at Impact 10-Encuento in Santander, Spain with her new exhibition From Castles and Royal Post Boxes to Wind Farms and Chinese Take-Aways ... a continuing exploration of the Irish Midlands.

This ongoing project is the result of recent journeys she made by bicycle, around parts of the midlands of Ireland.

The exhibition will be shown for the first time in Ireland at the Imagine Arts Festival, in  Waterford in October.

Speaking of her exhibition, she explained that the midlands stands in contrast to the Wild Atlantic Way and the Ancient East. “It is no longer as vibrant as it once was,” she explained.

“Having documented the journey in notebooks and audio recordings, I produced a series of etchings in response. Twenty four of these etchings, along with the plates, will be shown at the Impact 10- Encuentro International Printmaking Conference.

“The aim of the resulting body of work is to approach a dialect between a contemporary and an historical view of this part of Ireland. The project goes beyond topography to interweave history, folklore, stories, memory, beliefs, natural history, in an attempt to record the patina and texture of place.“It witnesses and records the changing landscape, traditions and attitudes,” she concluded.

An Evo-Fit of the suspect Gardaí want to locate

Garda appeal over suspect involved in alleged break-in at property