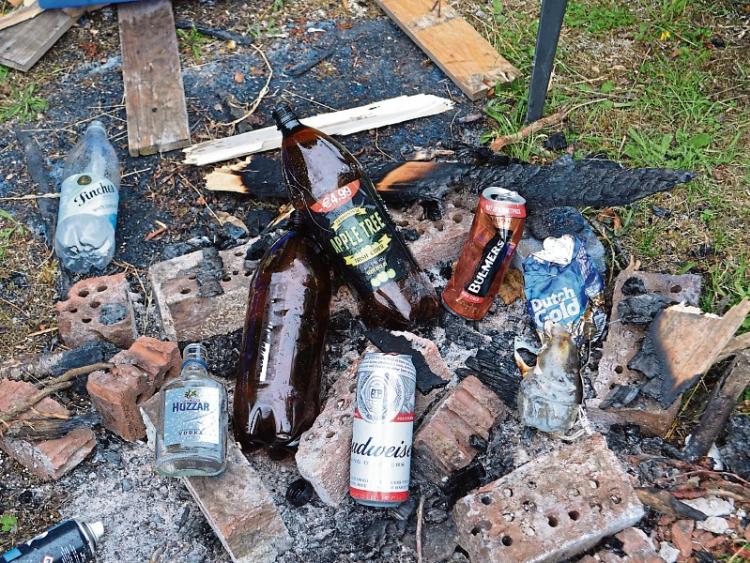 Some of the rubbish

An unused piece of land on Tipper Road in Naas is being used as a venue for anti-social behaviour (pictured right).

Residents of The Paddocks, have expressed concern.

Cllr. Anne Breen, who lives in the area, said “gangs of youths are congregating there and having binge sessions as well as lighting fires”.

She added that when the group was approached, one of the people there brandished a screwdriver. She said that the gardai did visit the site, she had reported the activity previously.

“Urgent action is needed and if it doesn't happen the situation could get out of control.”