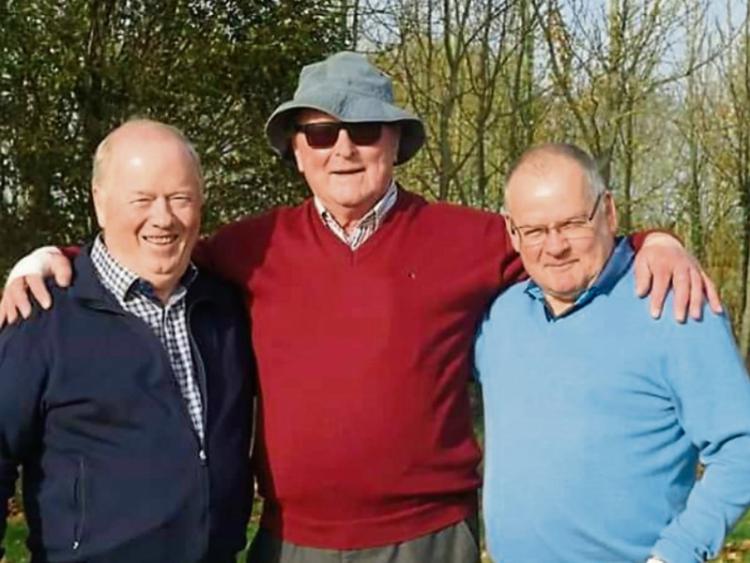 A Clane golfing society is celebrating 30 years of existence this year.

Despite its association with a well known social establishment in the town, many founding members of the Jones Golfing Society are still standing.

Speaking to the Leader last week, current captain, Martin Ennis, said he was honoured to captain Jones Golf Society for its 30 year celebration.

“We have 45 members strong and with some of Clane’s great characters and patrons we have and continue to enjoy monthly outings around County Kildare and adjoining counties.”

Martin said they have enjoyed some wonderful days including recent at the beautiful Killarney Golf and Country Club. On July 21 they recalled all deceased members of the society with their Memorial Cup, won by Fergus Smith.

The Captains Prize event in September will be at one of Martin's favourite Irish coursesl Bunclody Golf and Fishing Club.

It has not been all fun and games for the Jones members, who come from Clane, Rathcoffey and Prosperous, mainly.

Martin said that in Jones GS, members sponsor the prizes for the most part. He also said he was probably one of the first captains not have had to cancel an event due to weather.

“The Clane spirit of community and fulfilment is very much core to its success,” he said.