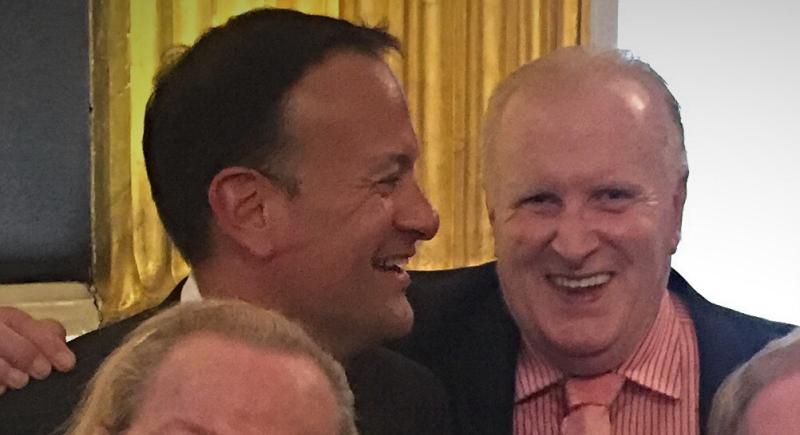 An Toaiseach with Don Donnelly at the reception

A Newbridge man was amongst those who gathered at a special reception held in Dublin Castle last weekend.

The Taoiseach hosted a state reception during Pride last Saturday for activists who had enabled gay equality prior to the historic legislation in 1993.

Its principle founder Don Donnelly from Newbridge, who in 1989 launched GLEN while on the soapbox of the Late Late Show, was also commended for his six years as Director of Gay Switchboard Dublin (GSD) and his candidacy in the 1989 general election, when he ran against Charles Haughy in Dublin North Central to publicise both GLEN and GSD.

Mr. Donnelly, based in Tesco Newbridge, is currently Chairman of The Tesco European Works Council, which represents 375,000 staff across Europe.

SEE ALSO: Heatwave to end this weekend with rain on the way, weather forecaster predicts