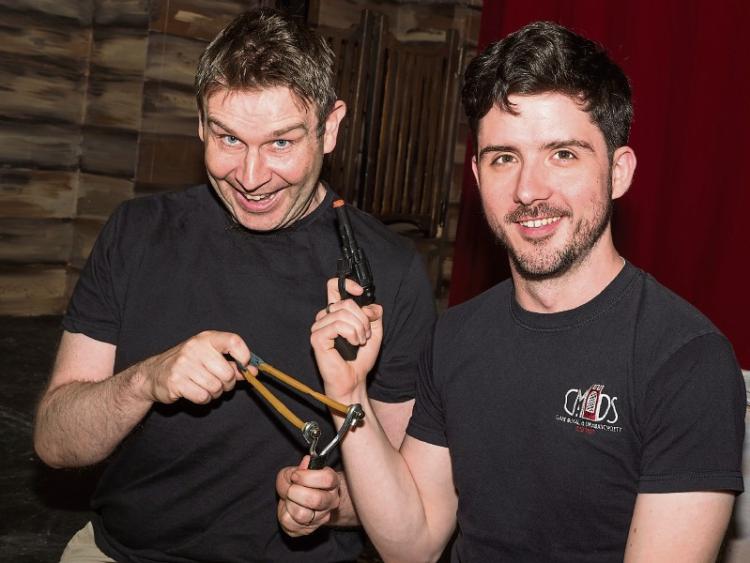 While opening night is a bit away yet, time moves quite fast in show biz.

That is why preparations are already underway for Clane Musical and Dramatic Society’s producti0n of Blood Brothers, the play by Willie Russell. It will be on Septmber next in The Abbey, Clane, and will be directed by Sadie O’Reilly.

There are four main roles in the play.

Martin Fahy will play Mickey, and Robert Gallagher takes on the role of Eddie.

The two other main parts will be Sarah Houlihan, who will portray as Mrs Lyons, and Elaine Moore-O’Donohoe will portray Mrs Johnston.

For those who want to plan in advance, the play will be staged on which will take place on Thursday, Friday and Saturday, September 27, 28, and 29, next in The Abbey, Clane.

Sadie O’Reilly thanked everyone who took part in auditions.

She said she has worked with most of the cast before but this is a first for some of them, Ruth O’Connor, who plays Linda, and Aoife Merrins, Jane Lowry and Brian Corkery, who play the kids.

She said she was really excited about working with such talented actors.

The stage manager will be Andy Kelly and Aine Grace will double as both a narrator and props mistress.

Other narrators are Ronan McCabe and Sarah Flynn and Oisin Harrington will play both the doctor and the milkman.

The play is about twin brothers, born into a large working-class family one of them being adopted by a neighbouring middle-class family.