Mr Gaffney in action on the soccer pitch

A Kildare man has been sentenced to eight years in prison after he pleaded guilty to six charges of having improper relationships with students.

Dillon Gaffney, 25, who is understood to be from Clane, was working in schools in the Texas as a soccer coach and as a social studies teacher.

He was convicted on three counts for improper relationship with a student and on three charges of sexual assault of a child. Initially the charges related only to one student, but it is understood that others came forward after he was arrested. 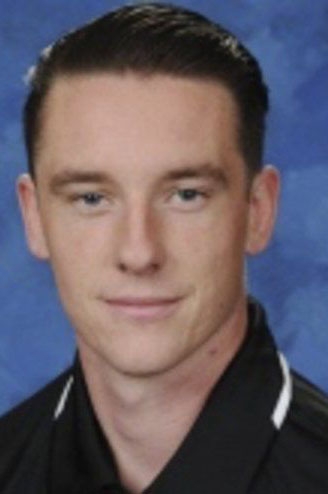 In more recent times he had moved to Huntsville High School which is further inland. He was arrested initially last July in Huntsville before being transferred back to Palacios where he was freed on bail.

He travelled from Ireland to the US on a soccer scholarship but was arrested in August 2017 and he was detained in the local county jail in Texas.

Press reports from Texas say that he pleaded guilty on May 3 last to the six charges of having an Improper Relationship Between Educator and Student and received six concurrent eight-year sentences. He was also fined $10,000 (€8,500) for one of convictions and is also registered as a sex offender.

He is not due to be released from prison until August 2025 but could be eligible for parole by August 2021, reports suggest.

At the time of his arrest, management at the Palacios school issued a statement saying they were “deeply disappointed” at the news.

"Mr Gaffney worked for our district during the 2015-2016 school year as a social studies teacher/assistant soccer coach. At no point during his tenure here were we made aware of any inappropriate interactions between Mr Gaffney and any of our students.

"Regardless of our district’s best efforts to thoroughly vet and screen all incoming employees, we cannot ultimately predict the future behaviours or actions to be displayed by our staff."

At the time of his arrest, Mr Gaffney was placed on leave at the school in Huntsville.