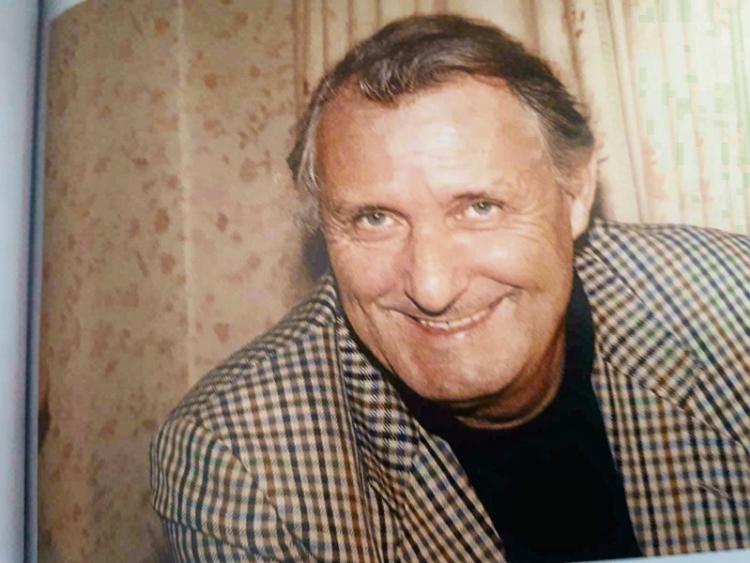 Facing a life sentence for an IRA raid on a British arms depot at Arborfield in Berkshire, back in 1955, Seamus Murphy’s future looked bleak.

However, a daring rescue of meticulous planning, funded by the £500 dowry of a Cypriot woman, involving the hiring of two cars and two flats and a pretend courting couple as look-outs, culminated with a rope being flung over Wakefield prision wall on February 12, 1959.

The 24- year-old Kildare man was the only one to shimmy up the rope and make it out.

The rest of the escape party, which also included help from Greek Cypriot freedom fighters, failed to make their bid for freedom.

Hiding out at a Manchester flat for three weeks, the manhunt for Seamus got underway.

This chapter in Seamus’s life is the subject of a new book, written by his own hand back in the sixties.

He passed away on November 2, 2015. Prior to his death, as he battled two lung conditions, he discussed the possibility of publishing his memoir with his wife Betty, who is orginally from Rathangan.

She told the Leader that her husband was a private person, and despite doing a few interviews with journalists over the years, he had been reluctant to publish his work.

“When he was very ill at the end, he said had lived to be 80 and he had a good life. He told me ‘you can go ahead and publish that book if you want’,” she explained.

The couple had been living in Bray for many years, where they brought up their son Pearse, who now lives in Rathangan with his own family.

Titled Having it Away — A story of Freedom, Friendship and IRA Jailbreak, the book was launched by historian and broadcaster Tim Pat Coogan at Wynnes Hotel in Dublin on March 31.

“In my address I remember making the point that in the escape we saw the true spirit of Republican idealism. Here were men and women who were prepared to spring a prisoner from jail, incurring enourmous risks to themselves, yet who in all likelihood had never met the prisoner in question,” he wrote.

Seamus, who attended the local primary school before going on to Knockbeg College, was known as Jim to parents, Margaret and Daniel, and sisters Carrie and Chris.

His mother was the Castledermot postmistress and his father was a baker. While boarding at Terenure College, Dublin, he joined the IRA.

The arms raid which landed him in prison was part of Operation Harvest. They successfully stole arms to use against the Brisith army in Northern Ireland and the main party, including Ruairí Ó Brádaigh, escaped.

Seamus, Joe Doyle and Donal Murphy (no relation) had stayed behind to finalise things and were captured.

In the book, Seamus describes day-to-day prison life and the people he met.

Describing how he climbed up the knotted rope, he writes; “Then suddenly I was lying on top of the wall heaving great moutfuls of air into my lungs. A tremendous feeling of elation came over me, intoxicated me. The top of this wall had been a tantalizing goal for years, years of frustrated plots and intigues. I had finally made it. I was out!”

He was taken away in two speeding cars to Manchester where one of his rescuers, Hughie Farrell, lead him to a flat.

He felt bad the others didn’t make it and their escape was foiled. After three weeks, Hughie and Seamus, who was now disguised with bleached auburn hair, glasses and platform shoes to give him extra height, made their way by train to Glasgow where they boarded a flight to Collinstown, Dublin.

At the book launch Betty paid tribute to the people who helped Seamus escape — Joe Crystal, Pat O’Donovan, Hughie Farrell, Aine and her brother Seamus Greally (who pretended to be the courting couple) and Pat Farrelly. She also mentioned Donal Murphy and Joe Doyle who were arrested with Seamus, and the Cypriot prisioners, who he befriended.

She spoke of how herself and Seamus went to Cyprus where he was reunited with them and met the woman, who had funded the escape with her dowry. Of the 10 who were originally on the raid, there is only one living surviror, Frank Skuse, who now lives in New York. Betty thanked Sean O’Mahony and the Collins family for helping her with the project.

Seamus went on to work at the Solas factory when he returned.

“He was interested in politics all his life and justice. He was involved in in various organisations and he would have been vocal about the Vietnam War, the South Africa boycott and the way the way the Palestinians were being treated. He was very much concerned about injustice in the world,” said Betty.

“He was an avid reader. He read three books a day and he was interested in opera, of course the Irish language, traditional Irish music and the Spanish Civial War. We had a very interesting life together. We met amazing people and we were always going to protests and events.”

The book is available in The Woodbine Book Shop in Kilcullen and costs €10.