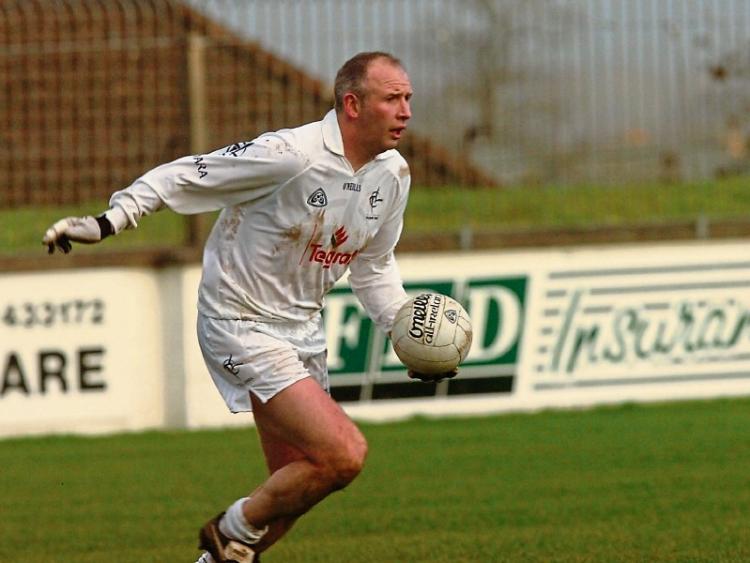 Anyone who grew up watching Meath in the 1980s knew Mick Lyons as a walking lump of granite and decked out blue, Dublin’s Brian Mullins felt like a force of nature.

Both Lyons and Mullins won six All Ireland’s between them, but what these players achieved in their careers never made much of an impression on me, or most others it would seem.

How tough both these players were has always felt far more important than what they won and this remains the thing that so often marks them out in conversation.

By the time the ‘90s hit, the same could be said locally of Gerry Buggy and Bon O’Connor, two teak tough defenders from Naas who forged the kind of reputations that remain cast iron almost 30 years on.

Then there’s London, where great acts of physical strength backbone Exile folklore from the days when thunder rolled off the pitch in New Eltham and lightening struck from the ground up in Ruislip.

Amid Brexit, the Referendum to Repeal and the failing Iran deal, this is the kind of subject matter that can assume great importance, as it did in London recently when someone suggested to me that Kildare never had a Mick Lyons or a Brian Mullins.

That, in fact, these were exactly the kind of players that Kildare could never forge.

I took a breath, drank deep and quickly tried to decipher the parameters of toughness and what criteria was being used to measure this quality.

Then mustered this defence from recent decades.

For the famed trilogy against Meath in 1997, Glenn Ryan played on one leg but repelled with both shoulders the attack waves down the middle mounted by Tommy Dowd, Ollie Murphy, John McDermott and more.

Ryan had an unflappable aura, a mental toughness that made it feel like an impossibility that anyone could shake down his concentration.

Never a dirty player, Ryan had guile, and the kind of force that not only dominated opponents but entire contests.

He was born of a slight frame, but one that never broke down, and being possessed of an abundance of physical resilience is surely the truest test of physical toughness.

And, slight as he was, Doyle brought a great physical presence to the fray.

Not unlike Tyrone’s Peter Canavan, the Allenwood man thrived in the kind of intimidating defensive environments that so often smothered his contemporaries. And he outlasted so many of them.

Estimating toughness can be a reductive process too often defined by a propensity for cynical play or a showreel of bone-jangling tackles, delivered when the opponant least expects them.

But so too should durability and longevity feature.

For a time, Suncroft’s Anthony Rainbow was without peers in this regard.

His resilience was forged under the watch of Micko on the zillion training ground laps of Hawkfield and the breadth of the Curragh plains.

Over decades and not just years, he demonstrated the kind of resolve that would have made him a sure-thing to win any last-man standing competition.

To overcome adversity in the form of serious injury and even cancer, only to return stronger each time and with even more presence, is an example that very few players can match.

So too did Dermot Early grow into the kind of influential leadership role that may not have been in signposted at the early stages of his career.

Unlike those listed above, Tompkins is the Kildare native that pops up on these lists when they have been written in national titles in the past.

The depth of his toughness is a two-sided coin.

First, the mental side, and the decision to leave Kildare and field the flak the followed, while at the same time excelling for a Cork team he later came to define.

Then there’s the physical side. A punishing trainer, Tomkins forged a reputation for the kind of commitment to his trade that meant he never gave himself a day off. And in the context of this column, he most famously played on, and scored twice in, an All Ireland final with torn cruciate and medial ligaments.

After sending a call to arms to some well-placed Kildare GAA fans, these are some of the names that cropped up more than once, in addition to those listed above: Gerry Buggy (Naas), Phelim Farrell (Johnstownbridge), Willie McCreery (Clane), Daryl Flynn (Moorefield), John Crofton (Sarsfield), Davy Dalton (Kilcock) and the kind of nugget that so often sparks these conversations in the first place.

The sender — who will remain nameless — put it that if Eadestown’s Joe Tompkins was seen to ask the referee how much time was left, and Eadetown were losing, it was all but certain that the fuse was going to be lit on the row that would finish out the match.

*Please email through any notable admissions to add to this defence, or combatents from previous times.