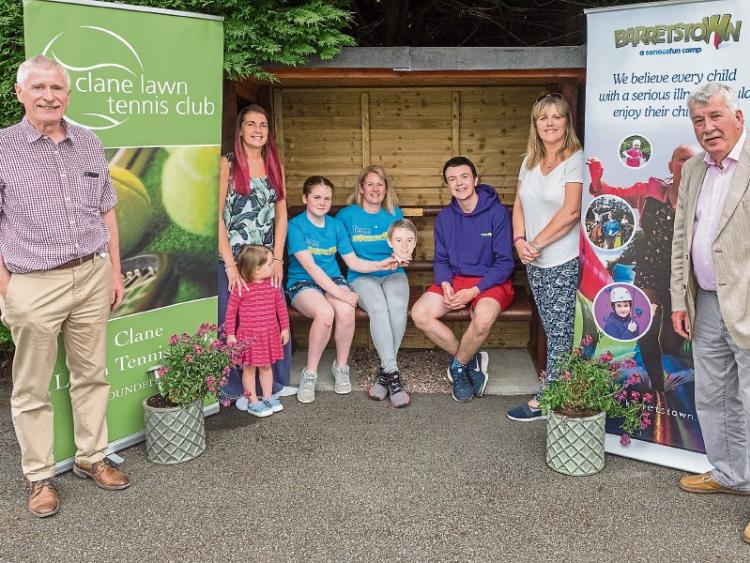 Cometh the summer, cometh Clane Tennis Club and the name of the late Ben Wallace to the fore.

One was the 24-hour Ben Wallace Memorial Tennis Marathon in aid of Barretstown House.

This runs from Saturday, June 9 at 2pm and will end with some very tired players on Sunday, June 10, also at 2pm. “We already have 10 players who will do the full marathon,” said club spokesman, Liam Burke.

Both Juniors and Seniors will participate but the marathon is open to all non members.

The event was attended last Thursday by Orla, Ben’s mother, and Ava, his sister, who had donated her bone marrow, in an attempt to save his life from leukaemia.

Ben is fondly recalled at Clane Tennis Club, where a bench has a name plate in his memory.

Ben died on June 9 2015 from leukaemia following an inspiring battle against cancer.

From Caragh, he attended Piper’s Hill, Naas and was the Clane Tennis Club U18 Junior Champion, when he was just 14.

Funds raised from the 24- hour marathon will go to the Barretstown project, which aids very sick children.

Thanking the club, Orla said: “We were very luck to have had Ben for 16 years. He loved to be here in Clane Tennis Club,” she said.