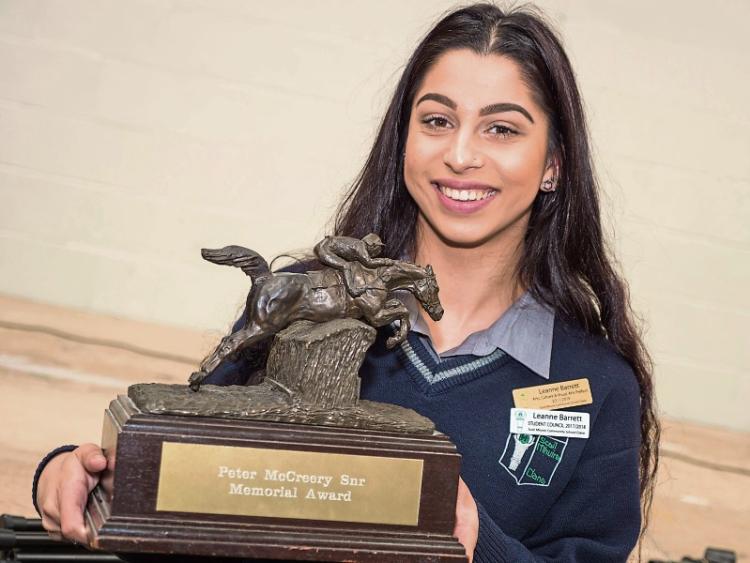 The Scoil Mhuire, Clane annual Senior Awards ceremony was held on Tuesday May 22.

Fifth and sixth year students were awarded for both academic and extra-curricular achievements throughout the year.

Awards were presented in each subject area and for success in the Godolphin Bursary Competition, Drama, the School Bank, Scifest, Young Scientist and Green Dragon Entrepreneur Competitions and in addition the following were also awarded: Merit Award (of a laptop for going on to college) went to Rebecca Deasy Millar, the Principal's award to Corrado Fusciardi, the Deputy Principal's award to Katie Malone, the Endeavour Award to Darryl McGarr, the Peter McCreery Award to Leanne Barrett and the Godolphin Bursary to Anna O Flaherty.

The Kieran Rigney Arts Award was won by Sally Ann Stewart (Individual) and Band Headspace(Group ) and the Bank of Ireland Achievement Award to Jack McGrory.

Guest speakers were Kilkenny hurler, Tommy Walsh, and Athy boxing champion, Eric Donovan, who both gave inspiring speeches encouraging students to find their passion and pursue it with vigour and to always strive to give their best at what they do.