KILDARE OPINION: St Conleth’s is at heart of Kildare 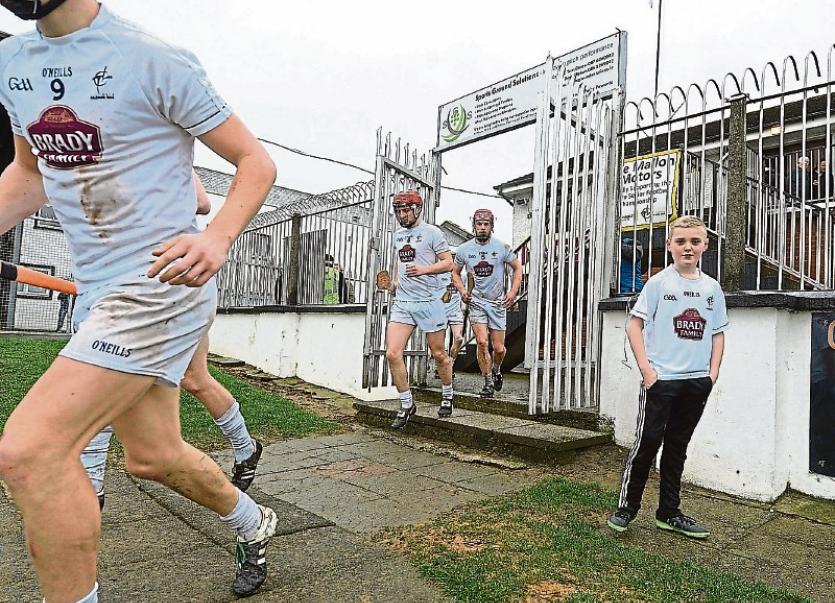 One of my first jobs when I moved to London in 2008 was to report on a rugby match involving London Irish.

It sounded like the perfect assignment. I’d seen loads of images of green carnivals drowning in Guinness beside the Thames at Sunbury and I was ready to jump right in.

Only, I discovered these images were from the club’s halcyon days at their old west London base and by 2008, London Irish were playing beside erm, Homebase, in Reading!

Club officials did their best to convince me that Reading was only a short hop on the train away.

But after two Tube interchanges and a long hike across the tiled wilderness of Paddington Station, I suspected that this was the on message-schtick they were telling everyone.

The final leg of the journey was made in a shuttle bus emblazoned with the image of the London Irish mascot, Digger.

And I don’t remember much else from that day, other than a personal commitment that if I ever saw Digger again it would have to be on TV.

Nearly 10 years on, London Irish have given up trying to convince people that travelling to Reading is a viable future.

The club are now exploring a move to play back in west London — their home.

That a club is often best served by not just being on the doorstep of its community, but being at the very centre of it, is in fashion right now.

Liverpool’s ambition to leave Anfield has been dampened by fears it may lead to the kind of discontent that has blighted West Ham since they left their spiritual home of Upton Park.

And, not so long ago Kildare had a similar ambition to find a new home, which is something I supported once upon a time.

This was in the mid-noughties when I was tasked with making weekly phone calls to then county chairman Syl Merrins, who had to field questions about the short-comings at St Conleth’s and what was going to be done about it?

Later, Kildare GAA revealed plans to try and build a facility modelled on Swansea’s Liberty Stadium and the desired location was on the outer edge of Newbridge.

This future of glass and plastic bucket seats was seen as visionary, until the economic crash downgraded ambition.

And it’s something of a victory for Kildare, and Newbridge by extension, that there’s no hulking, grey steeled edifice whistling half-full in the wind on winter Sunday’s out by Wyeth.

So there’s no little irony in the fact that the focus is right back where it should be — St Conleth’s Park, so often derided, but so brilliant positioned at the heart of its community, is to benefit from an investment upgrade of 7 million.

Trying to extol the virtues of the county grounds has always been a tough gig but often criticism has served to distract from the kind of natural advantages Kildare has which other teams have given up at their cost.

Fixed between the strongholds of Sarsfields and Moorefield, set just off the Main Street of a bustling urban centre, beside the site of the storied Irish Ropes, and surrounded by a scatter of busy pubs and shops, St Conleth’s was always at the beating heart of Kildare and the very essence of its energy.

Possibly, I might well be in the minority who fails to gets excited by the idea of what the alternative might look like — driving to a big isolated car park and then sitting in a bigger stadium, far enough away from the action to feel like an observer and not a participant.

Then, when the game is over I can get in my car and drive home, safe in the knowledge that being on the edge of community, means I’m less likely to bump into anyone.

For once, this refix of my focus isn’t a sentiment born out of nostalgia.

Some of my most joyful days watching Kildare have been in St Conleth’s Park.

And on the best days it always felt like there was a tangible connection between a bustling Newbridge and whatever Kildare XV was on the pitch.

The day you lose that is the day you start playing a game of catch up that can lead you to places like Reading.

But the chance to harness it properly has the potential to be one of Kildare GAA’s biggest wins.

Kildare GAA has lodged plans for a major revamp of St Conleth’s Park. It will stay in its current location and if approved, there will be a brand new stand, new dressing room and hospitality facilities, lighting, scoreboard, pitch alterations and entrance plaza. Submissions can be made on the file until May 31 and a decision is due on June 21.