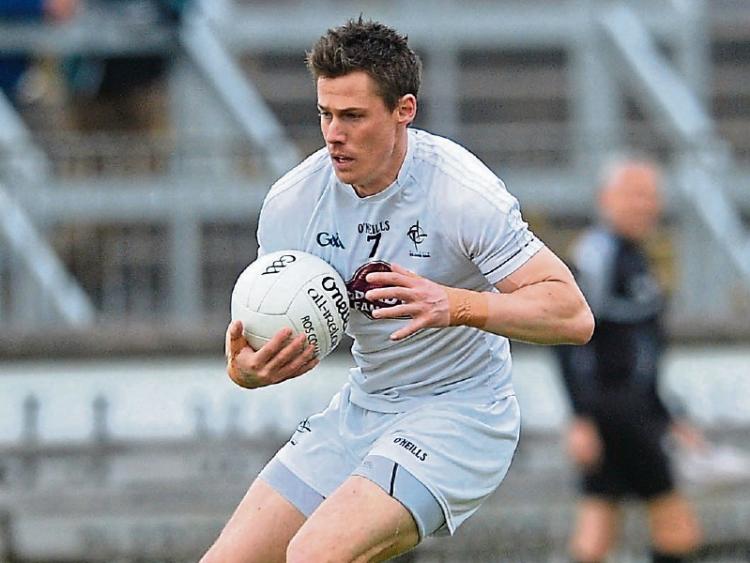 Emmet is a former Kildare footballer and current Eeadestown clubman who played inter-county for 11 years, before retiring in 2017.

He is the son of Eamonn and Liz, and has two siblings, Sive and Cian. He is married to Leanne. He went to Rathmore NS and Naas CBS.

My first memory would have been getting the school bus from outside the Dowling’s house, across the road from where we lived in Eadestown. There was about five of us but at the time it felt like 100. We used to kick a ball around waiting on the bus to come and after school as well.

The passion they show for their sport. They have given great support to teams down the years, be it league or championship. They show great support for horse racing, rugby and soccer in the county too. There are also some great places to visit, Naas is great for food and Kildare village is great for shopping.

GREATEST SPORTING MEMORY AS A CHILD?

Going to the All-Ireland final in 1998 to support Kildare against Galway with my father. Unfortunately, Kildare lost but it was a great experience. We went onto the pitch afterwards and I stuffed all my pockets with grass from the pitch to take home. Dad was hoovering out the car for a week afterwards.

WHO WAS YOUR GREATEST FOOTBALLING INFLUENCE IN KILDARE?

My parents. From a young age, my father would have had me out in the back garden practicing all my basic skills, while my mother would have brought me to all my national school games where I would have been a sub for all of them. They never put any pressure on me to practice but were always on hand if I wanted to.

Winning the Intermediate Football Championship in 2014 against Round Towers. Nobody would have rated us to win it that year as we had shown no real sign of form going into the championship, but we had a great management team and a bunch of players. It was a very special day as my father was a selector and my brother Cian was playing full forward so to share that memory with them was great.

BEST PLAYER YOU CAME UP AGAINST?

The best player I ever came up against would have been Johnny Doyle. He is the best forward ever to have played with Kildare and was extremely tough to mark. Other than Johnny, I would have found Leighton Glynn from Wicklow very hard to mark. He was small but very fast and very accurate.

The best thing about representing Kildare was lining out and going to battle with some of the best players to ever wear the jersey. Guys like Johnny Doyle, Dermot Earley, Ronan Sweeney, Anthony Rainbow, Eamonn Callaghan, James Kavanagh, Mikey Conway, Hugh Lynch, Daryl Flynn, Brian Flanagan and Eoin Doyle all would have died with their boots on for Kildare.

We had some great days, from beating Tyrone and winning Division Two, to getting to an All-Ireland Semi Final against Down in 2010.

GREATEST LEADER YOU WORKED UNDER?

Definitely Kieran McGeeney. He was the best manager I have ever played under and brought Kildare back to the top table where we hadn’t been in a long time during his period in charge. He would have done anything for us on or off the pitch and still would to this day. We would have followed him in whatever direction he had taken us and it is unfortunate we didn’t win more while he was there. He left us all as better footballers and more importantly, left Kildare football in a better place.

HOW HAS LIFE BEEN SINCE RETIRING?

Life has been very different since I retired. I haven’t missed it as much as I thought I would, but when I’m going to watch them in the first round of the championship, I know it will be hard. It’s great to be able to do things that I haven’t been able to do when I was playing with Kildare.

We’re in Division 3 and we will be pushing hard for promotion. The club is where it all started so it’s great to try and give back as much as possible, as they have been very good to me over the years.

It’s a great club and hopefully there will be a lot more silverware on the horizon in the near future.