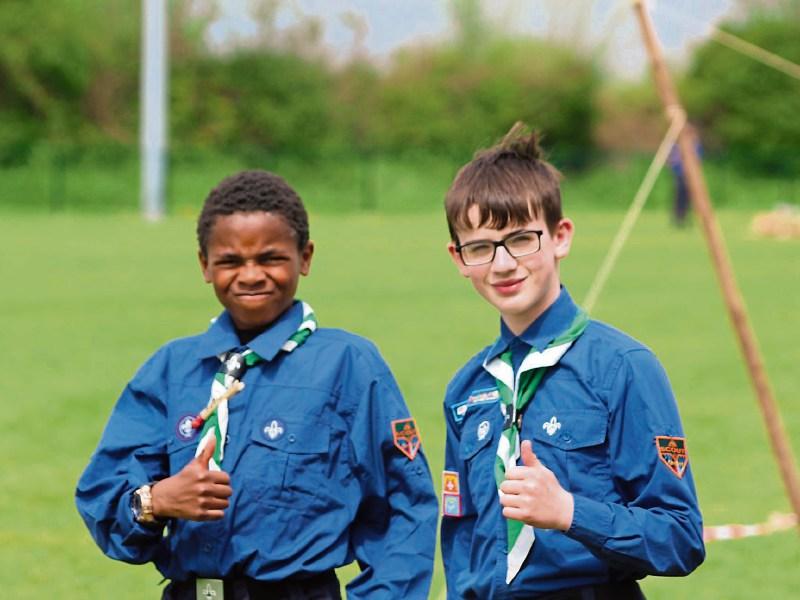 in the glorious sunshine of the weekend of May 4 to 7, over 10 scouts (12-15-years) in thirteen teams of eight competed for the Annual South Kildare County Shield Competition, held in St Lawrence’s GAA grounds, Narraghmore, Athy.

Over the long Bank Holiday weekend, the teams had to build their own campsite unaided by scouter adults, including a table and washstand, cook a test meal and complete a number of challenges like first aid, pioneering and the commissioner’s challenge.

4th Kildare Town Scouts Novice and Senior teams both won their respective ‘Shields’ along with other awards for best test meal and log book.

The Senior team will now go on to represent South Kildare against the other winning teams from around Ireland in The Phoenix Challenge from 16 –19 August in Salesian College, Pallaskenry, Co. Limerick. Novice team scout leader, Deborah Bonnie said, “We are so proud of all the scouts who took part, its a tough competition that requires a very high level of commitment and effort from scouts and scouters. All their hard work paid off, we will now focus on fun and games for the remainder of the scout year.”