From the Curragh to Westport 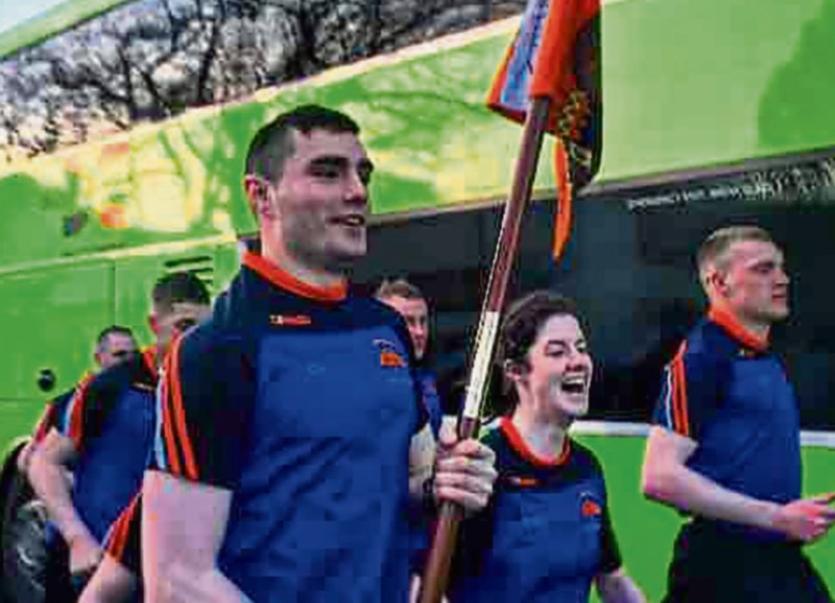 The cadets set out this morning

The Defence Forces 94th Cadet Class set out this morning on the first leg of a 240 km run to Westport culminating at the summit of Croagh Patrick to raise money for Temple Street Children's Hospital, The Curragh Lourdes Fund, and The Irish Defence Forces Soldier's Fund.

Having already set out from Kildare, the runners are making good progress.

“We, the 94th Cadet Class, plan to begin this challenge on the 26th of April and complete it on the 28th of April. We will start off in the Curragh and run across the country, passing through 23 towns along the way, and finishing in Westport, before climbing to the summit of Croagh Patrick. Cadets will run in small groups, relaying across the 240km route in order to complete the goal,” said the troops.

The 94th Cadet Class started its training in 2017, and aim to be commissioned as junior leaders in the Defence Forces in early 2019.

"The purpose of cadet training is to develop character and leadership skills and instil a sense of duty and responsibility in the cadet. To benefit from that training, which is conducted in an environment of strict discipline, the cadet needs mental acuity and physical agility." said the Irish Defence Forces

With 107 members of the class, the 94th Cadet Class is currently the largest cadet class in the history of the state.

The money raised during this charity event will help to fund and support Temple Street Children's Hospital, so that they can provide the best paediatric equipment, facilities and support needed to care for the sick children in need of their services.

“As part of this event we will also be fundraising for The Curragh Lourdes fund. This charity was founded in 2010, in order to give children with special needs or serious illnesses the opportunity to travel to Lourdes as part of the annual Defence Forces Military Pilgrimage,” said the cadets.

To support this event, please log onto their Go Fund Me page.