Family of Athgarvan man realise his dream of publishing a book

Launch: A special and meaningful event 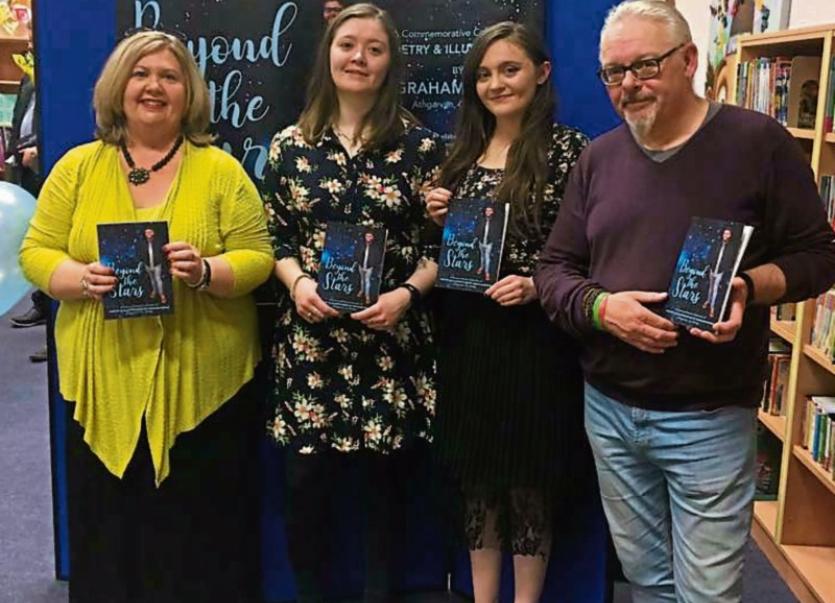 On Tuesday April 17, crowds gathered in Newbridge Library for the launch of a very special and deeply meaningful book for many.

The book contains a collection of beautiful poems and sketches by Graham Burke, of Athgarvan, Co. Kildare.

In 2016, Graham passed away suddenly in his sleep, aged 21 years. His ambition was to join a writer’s group and to have his poetry published.

Graham’s family have worked tirelessly to produce this book to commemorate his talent and creativity.

Along with poems from the book been read by Graham’s friends and family friends. 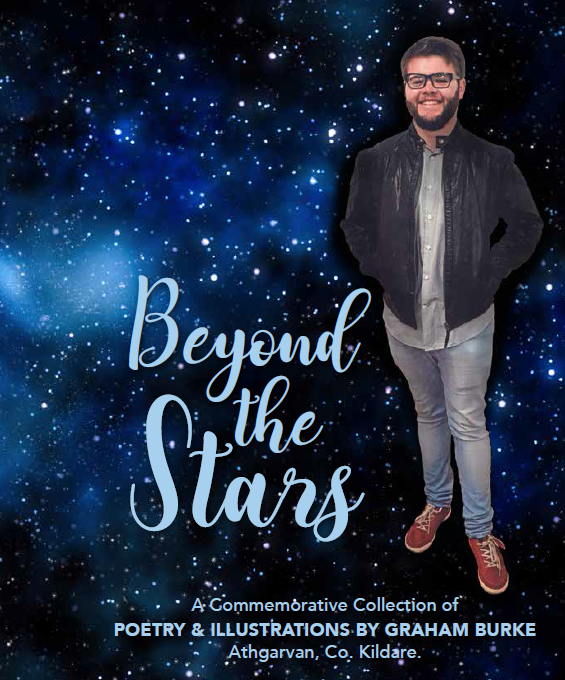 The cover of the book

Graham’s family have decided to donate all proceeds of the book to NCBI. Graham worked in NCBI’s charity shop in Whitewater, Newbridge. His job in NCBI allowed him gain self-esteem and to grow as a person.

An amazing €1465.50 was raised at the launch from book sales. Beyond the Stars is available from NCBI’s Charity shop in Whitewater, Newbridge Parish centre and local outlets in Newbridge also.

The book was partially funded by Kildare County Council and designed & printed by Donovan Printing Ltd.