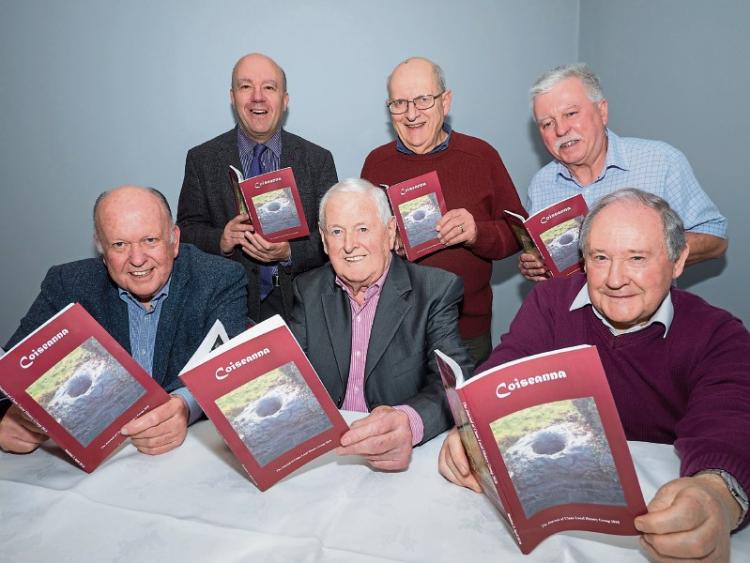 Some may wonder whether or not there is enough material for such a journal.

But the 2018 edition shows that there is.

Brendan Cullen, one of the editorial team, under editor, Jim Heffernan, said it was a “tremendous achievement” to have got so far.

This year, he said, the journal is even longer that before, containing 132 pages. “I think you will be delighted with it and it is only five euros.”

They also used softer paper to make it smaller.

There are a lot of articles from people outside the area.

One notable one is by Noel Dunne, on the archaeology of the Sallins bypass.

This is an initial report and another editiorial team member, Pat Given, said that some of the findings were amazing.

“I’m sure you will read more about it,” he said.

The launch gathering at Clane GAA was told that there will be more in next year’s journal, following analysis by the archaeological journal.

Pat said that Coiseanna meant “beside the marshes.” He added that events took place in Clane in 1798 and they should be recalled.

He said what they wanted to do with the journal was to keep the folklore, traditions and history of Clane alive, “keep it in print and pass it on.”

After Jim Heffernan outlined the contents, Mayor Dessie Marron, reminded us that there had been an official Mayor in Clane for 600 years.