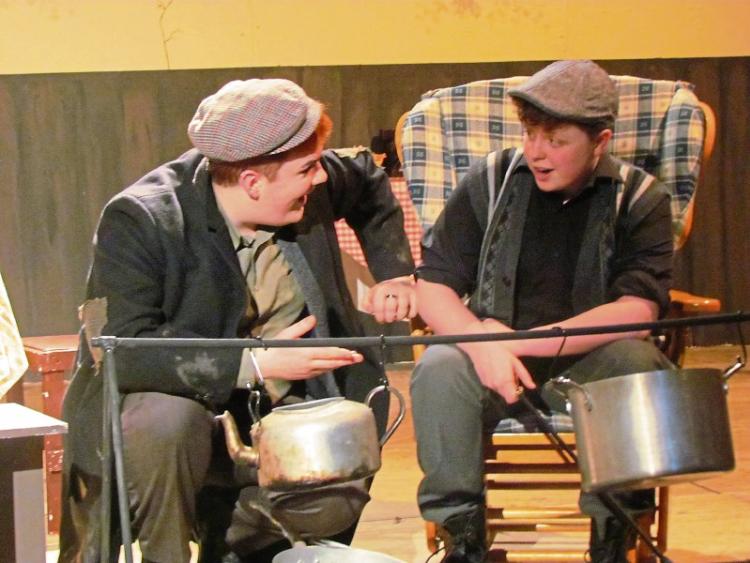 Having their performance postponed by the snow recently did not dent in any way the performances of Scoil Mhuire, Clane fifth year students on stage last in their annual play production.

This year Sive by JB Keane was the chosen production and a most entertaining display of talent was given to the full auditorium last week.

Students were in rehearsal since October under the guidance of producers Hazel Mulligan and Louise Callinan and were ably assisted by a backroom team of fifth year and transition year students in lighting, programme,make up, costume and set design.