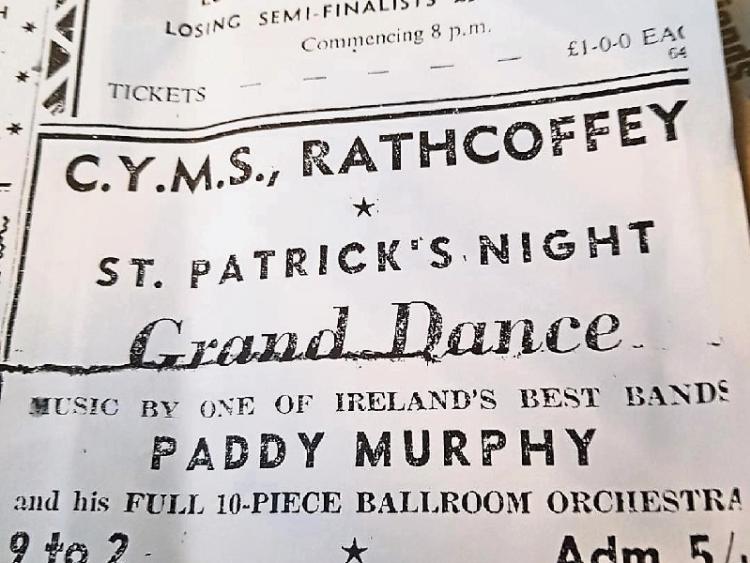 A story of Clane in the Swinging 60s is being recalled in a special event in the Westgrove Hotel on March 18 at 9pm.

They approached the GAA ,the owners of the Old Hall, and asked for permission to hold a “Hop” every Tuesday (9- 12) to raise funds.

The GAA agreed and charged £10 per night.

Liam Burke told the Leader: “Admission was 2/6 (half a crown) so we had to have at least 80 turning up to pay the rent. We started with an old record player and attached speakers. “

To their surprise we had over one hundred and fifty teenagers from all over north Kildare attending.

“Clane Youth Club was formed and they continued holding the Hops every Tuesday for the next two to three years with the sound of The Rolling Stones, Beatles, Beach Boys, Hollies and of course the Showbands, Royal, Dixies, Drifters etc.

“Many the marriage was created during those days,” said Liam.

The group later brought in disco and employed a DJ.

The reunion will be a jog down memory lane.