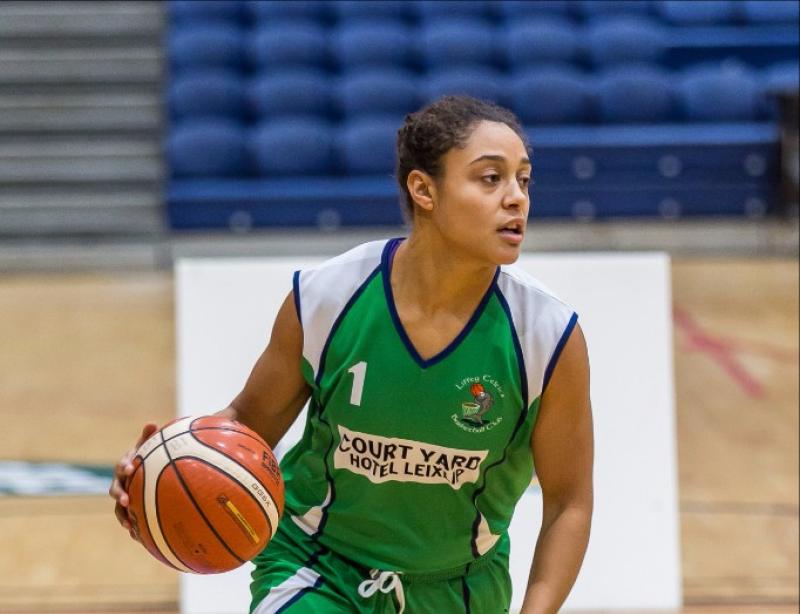 Top scoring from Aine O’Connor and Sorcha Tiernan helped Liffey secure the win in a nail-biting game, where the lead changed hands on numerous occasions in the second half, but the remaining games of the season are set to be tough for Liffey as they bid farewell to star guard, Jazmen Boone, who is moving to Australia.

“We're absolutely delighted with the win,” said Celtics’ head coach, Mark Byrne afterwards. “It was a really tough and hard fought game, there was a lot at stake and it was a bit nervy at times, but to come up trumps in a big game is really, really satisfying.”

That win may see them top of the table, but the four teams directly below them all have four losses each, teeing up yet another thrilling finale in a Basketball Ireland league.

In the final game of the weekend, DCU Mercy stormed home to a comprehensive win over Portlaoise Panthers to see them move to second place on the table. The Portlaoise team also have a good representation from County Kildare.

Singleton SuperValu Brunell continued their good home form on Sunday, with a 70-56 point win over Maxol WIT Wildcats, while IT Carlow Basketball kept their spot in the Women’s Super League safe for another year by overcoming NUIG Mystics.