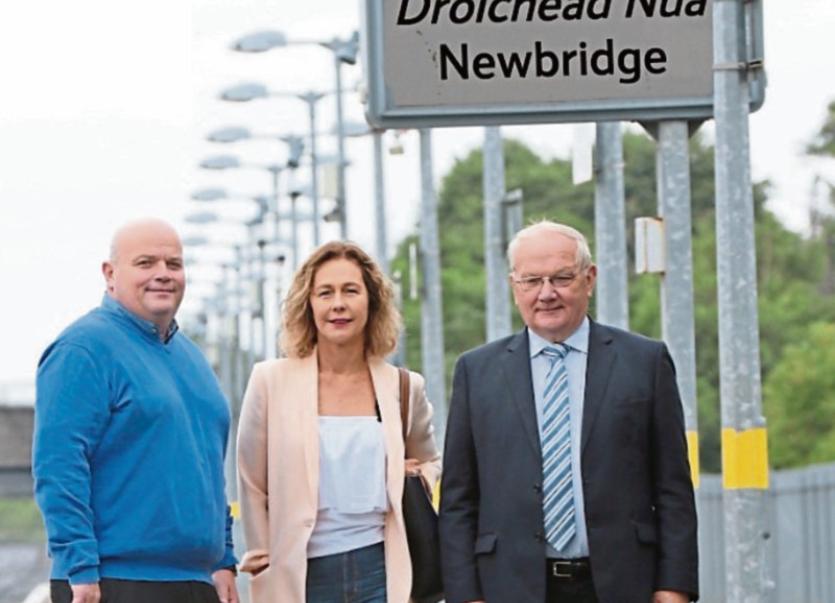 The recent fares determination by the National Transport Authority (NTA) ignores the plight of commuters from Newbridge and further south in Kildare, according to Newbridge Labour’s ‘Fair Fares’ campaign .

The campaign has been gathering signatures and support for a fundamental review of the rail pricing structure since the extension of the Leap Card Zone to Sallins two years ago.

This saw a dramatic reduction in the cost of the fares to and from Dublin to that station.

Patricia Callinan, local area representative for the Labour Party, said: “Our campaign and meetings with the NTA appear to have created some awareness of the ridiculousness of the situation.

“You can travel from Heuston to Sallins and then switch to a train from Sallins to Newbridge for less than the cost of a single ticket from Heuston to Newbridge. Obviously this is a completely impractical proposition but it shows the craziness of the pricing structure and how south Kildare commuters are being penalised.”

She said in recent weeks the party noticed some slightly cheaper commuter promotion tickets and the NTA applied a modest 5% reduction in the cost of the adult single fare down from €15.05 to €14.30.

Cllr Mark Wall accused the government and state agencies of a lack of joined-up thinking.

He said; “At a time when the new National Planning Framework is under discussion we need to face up to the fact that in this region most of the employment opportunities and college places are in Dublin. To add punitive transport costs on top of the travelling time involved is completely unfair to the workers and students trying to get to those jobs and courses,” he said.

Newbridge Labour is continuing to gather signatures for its campaign mainly through door to door canvassing. Ms Callinan said the recent NTA review was a missed opportunity but they do not intend to let up.