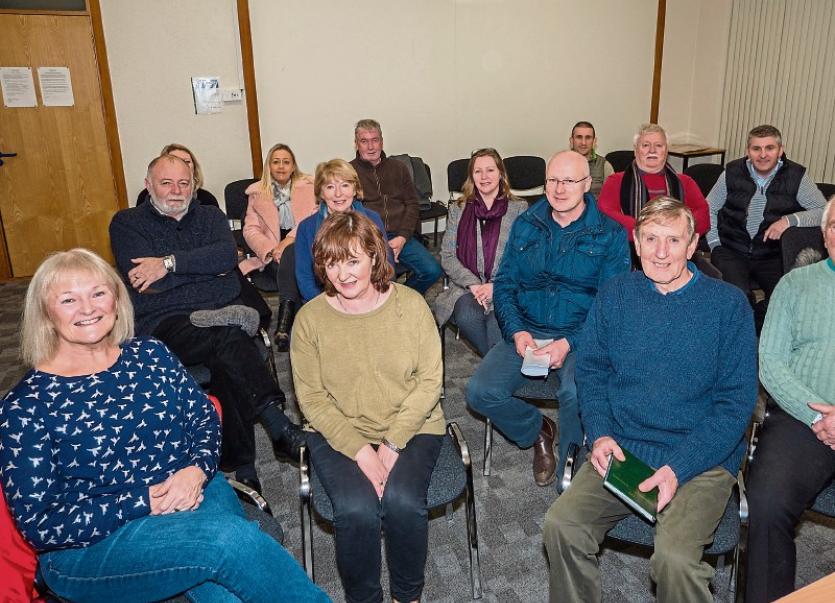 Some of the attendance and committee members at the AGM

This turned out to be one of the best attended Annual General Meetings (AGMs) for twinning, according to Chairman Peter O Neill.

2017 marked the twentieth anniversary of Newbridge’s Twinning with Bad Lippspringe and Mr O’Neill pointed out it was recognised as one of the most active in the country.

He told the AGM on January 17:“Unfortunately the year saw some adverse comments regarding Twinning which was a pity as a result of all the work by both committees in each town. For our part we had reached out to many clubs, groups and organisations in our town and because of the sponsorship and aid provided thousands have travelled to Bad Lippspringe , met with local people and sampled their hospitality.”

“Students from Patrician Secondary School travelled to do a research project on job opportunities with German companies in Ireland, which was highly complimented on by German Chamber of Commerce and German Embassy,” he said.

Mr O’Neill highlighted how the German visitors supported local business on their visits, had been shown all the tourist attractions in Kildare and beyond, amongst many other activities.

“All of this shows how our Twinning has reached out, especially to our young people and will continue to do so into the future,” he added.

The chairman thanked the committee for their huge effort in 2017, the Municipal Authority and Kildare County Council for their support. Finally he congratulated Bad Lippspringe on hosting the State Garden Show, which has an Irish garden with a piece of Bog Oak from the Bog of Allen.

The chairman confirmed over 50 visitors are lined up to be part of June Fest 2018, and the return visit is open to anyone who would like to travel.