Robert Mulhern looks at the Irish obsession with motorways 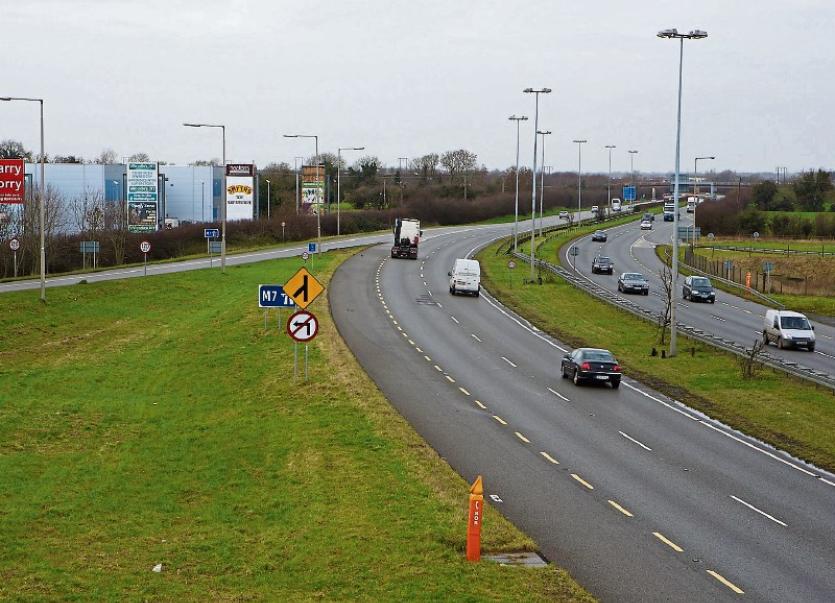 The M7 near Naas

I often wonder about our fixation with roads. About how we just can’t seem to stop building them?

Fair enough, we built most of the motorways in England.

And that giant intersection outside Birmingham, Spaghetti Junction, still stands as a trophy to our efforts.

But the English were fortunate in that the railway work was done before we got going with the roads.

And had we maintained that order in Ireland, the rail commute from Naas to Dublin would probably be somewhere in the region of 15 minutes.

There’s little evidence to prove that building more roads alleviates congestion bottlenecks, but some of our elected officials continue to try, by doing just that.

Don’t worry, they’ve some experience in dealing with this kind of think.

You remember the 1996 edition of the N7 upgrade? When the Naas Dual Carriageway was reduced to one lane, to add more lanes.

This we were told would alleviate the kind of future congestion problems we’re experiencing... erm, now!

I’m not a big fan of re-trying things that haven’t worked before and I’d love to know if anyone pointed out that this didn’t work so well the first time around!

That maybe, we’d be better investing the millions we can’t already afford into the kind of public transport solutions that appear to have worked quite well in England and France and so much of the rest of the world over the last 100 years.

What Naas needs is a train station not another hard shoulder.

The local councillor Seamie Moore is onto something!

But don't shout that too loudly. It could lead to ridicule.

Because Naas already has a train station? It’s called Sallins!

Sallins needs serious investment just to be able to serve a growing number of people living around the village.

Naas is big enough, and getting bigger still, to demand a solution all of its own.

This week, the ERSI projected population growth for the mid-east region from 1.9 million to 2.35 million by 2040.

All things considered this sounds like a conservative estimate.

The economy will become ever more reliant on Dublin and the mid-east will continue to grow and overspill out of capital into commuter towns like Naas.

In recent weeks, I travelled by train from London, to Lingfield, Luton, Hever in Kent and Woking.

These are places not unlike Naas in that they are growing urban centres about 20 or so miles from the capital.

I take it as a given at this stage that every town and village in England is accessible by train.

And I take it for granted in Ireland that this isn’t the case and probably, never will be.

I don’t know what’s more disappointing, the reality of that situation or our lack of vision when it comes to changing it.

People have pointed out that land would need to be acquired to complete such a job.

They’re dead right. The same kind of land that had to acquired for the road widening.

Long before Britain voted to pull out of Europe, someone came to the very logical conclusion that a high speed rail network was needed to connect London with the cities in the north of England.

Throwing an extra lane onto the M6 just wasn’t going to cut it and the HS2 will eventually run directly into Central London and expand the reach of the beating heart of the British economy.

Creating conditions for people to move faster and more freely is an impressive bit of a vision from a government that gave us Brexit.

Another suggested solution involves running the Luas from the Red Cow down to Naas.

This too makes sense.

And I’m guessing planners have at least allowed the possibility for this to happen by acquiring a little bit of extra land in addition to what they’re taking for the road!

Like England, the economy in Ireland has become increasingly more reliant on cities as rural industry and agriculture declines more and more down the country.

And like England coming up with solutions to developing economies ever more dependent on urban centres is becoming more vital.

But then at least we can take comfort from the fact that one industry down the country continues to expand.

It’s just a pity these road expansions won’t get us where we need to go.