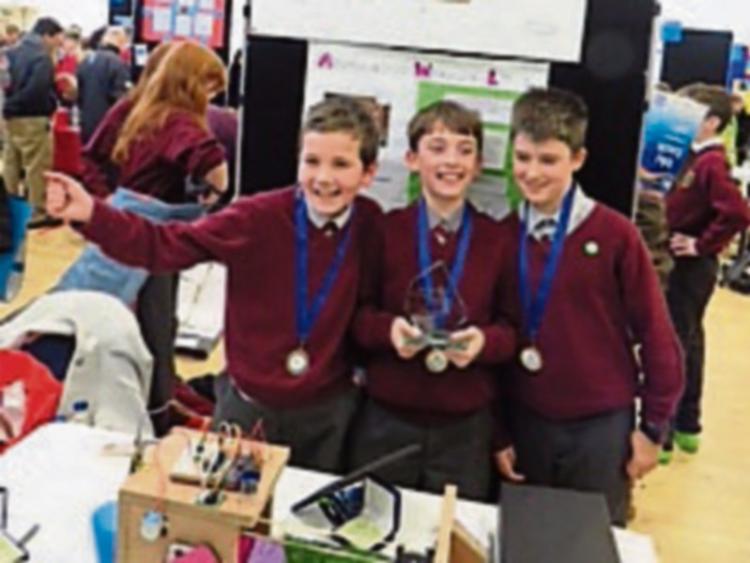 A group of students from Scoil Phadraig Boys National school in Clane, were among those with projects in the Intel Mini Scientist exhibition recently.

Andrew O’Brien, Alex Mooney and James O’Rourke, all fifth class pupils, did a project called Automatic Washing Line. This involves a automatic washing line which has a sensor on the top that, when rain hits it, activates a motor which will automatically bring the clothes in under cover.

The group won the Intel Mini-scientist competition in their own school. The lads went on to represent the school in the Regional Finals in Blanchardstown in December.

They impressed the judges there and are now going forward to the Grand Final at the Helix in Dublin City University this Friday, February 2.