Shop local: The card scheme runs all year around 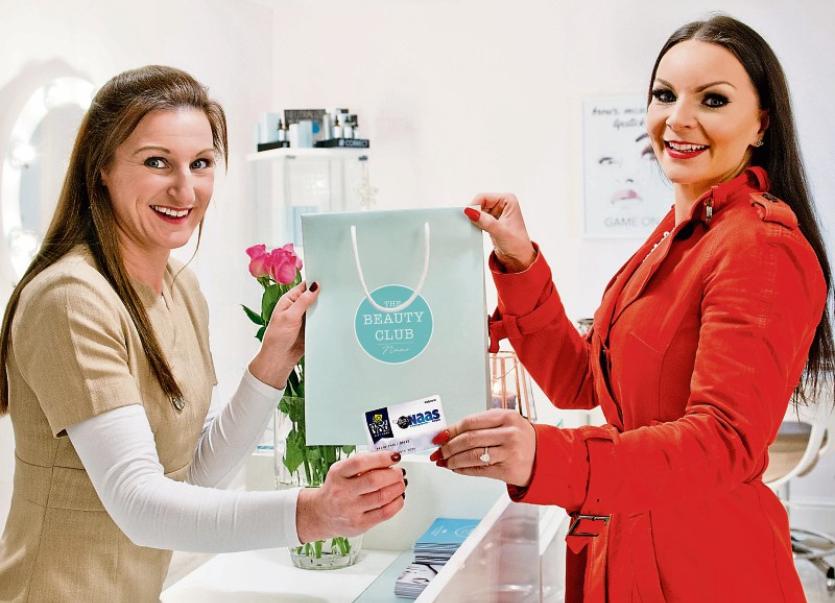 Over €120,000 worth of gift cards unique to Naas traders were bought in the run up to Christmas - though the scheme runs all year round.

The Naas Me2You gift card scheme was launched on November 10 with virtually every trader in the town (from Dublin Road to Kilcullen Road) taking part.

The objectives of the scheme were to encourage people to shop in the centre of Naas and to highlight the choice available.

Employers in the Naas area bought €82,000 worth of the cards and the balance of €40,000 was bought in Payzone outlets in the town.

It is estimated that for every €1 received on a gift card, an average of €1.58 is actually spent, apart from tax savings.

The voluntary group Naas Working Together launched the scheme and is now reminding shoppers to spend their cards, if they’ve not already done so. NWT also encouraged the opening of the car park at the former Superquinn store last month and it works with groups like the Men’s Shed, Naas RFC, The Lions Club and Naas Tidy Towns.

According to Alice Fennelly of NWT, Naas traders have reported a growth in sales with an average increase of 14.4% for the festive period, as compared with the same period in 2016.

“We thank the public for supporting the scheme and employers like (but not limited to) Dawn Farm foods, Naas Oil, Trench control, Dennison Trailers, Craddockstown Nursing Home, Lawlor’s of Naas, Osprey Hotel, Westwood Trailers and others.”

The cards were sold by Swan’s on the Green; Applegreen Sallins and Newbridge Road, Naas; Centra Ballycane; Day today, Main Street and Maxol, Dublin Road. Up to €500 can be given to a staff member tax free within a year. TUI can be used across a range of retailers. Some 62 outlets participated.