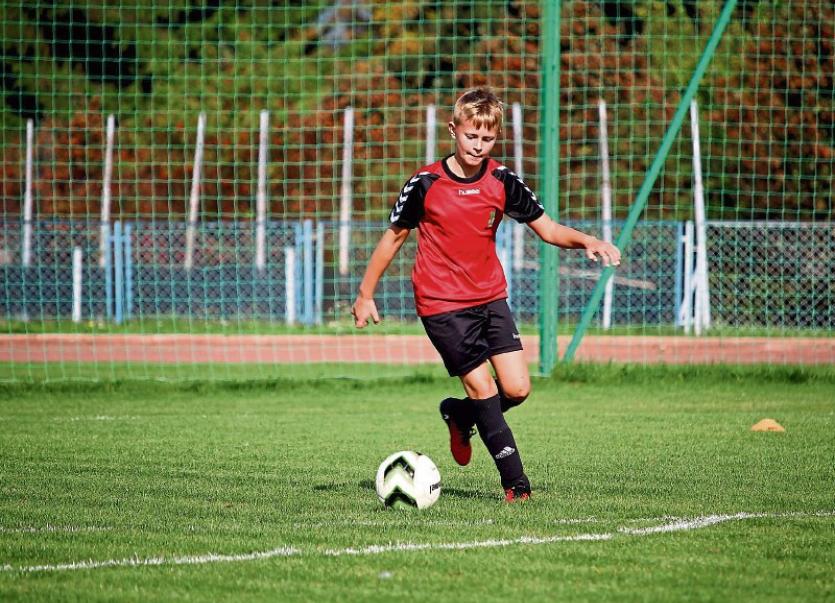 File photo: Children are being encouraged to specialise in a particular sport earlier these days

Attempting the first marathon of his life, he was not part of the elite field and started behind the leading athletes with the other club runners and plodders.

He was an unknown, anonymous to spectators and commentators because, unlike the elite runners, whose names adorned their chest he just had a number — 1154 .

Josh slowly gained on the assembled Olympians and seasoned international competitors, passing most of them and crossing the line in some disbelief in a time of two hours 14 minutes and 49 seconds to finish 13th overall and the fastest Briton... an unlikely dream.

In the Sunday Independent sports supplement on January 14, an article We must not let GAA follow rugby down the elitist path to destruction laments the loss of the traditional GAA values at the pursuit of victory at all costs.

Success and 'eliteism' is now more valued than maintaining high of levels of participation within the GAA.

The comparison is made between the potential decline of the GAA and the path that Irish rugby has taken into professionalism.

Some feel the Irish Rugby Football Union as an organisation has become preoccupied with servicing a small number of professional teams and using clubs and schools to feed these teams (the provinces), thereby putting the squeeze on Ireland's once-vibrant club rugby scene.

The job of paid rugby coaches is to cream off the best players and get them into development squads, run by Ulster, Munster, Leinster and Connacht, supposedly leaving the rest of the nonprofessional rugby playing world to a playing career of mediocre rugby and the bitterness of 'what could have been'.

But making these comparisons between the professional sport of rugby and the amateur GAA sports is like comparing Coxes Pippins and Pink Ladies. They are both apples, they grow on trees and are the same shape but taste very different.

The Gaelic Athletic Association (GAA) is Ireland’s largest sporting organisation and is celebrated as one of the greatest amateur sporting associations in the world.

In their own words the GAA is part of the Irish consciousness and plays an influential role in Irish society that extends far beyond the basic aim of promoting the amateur Gaelic sports.

Whereas the IRFU’s goals, since 1995, have become closely associated with the achievements of the professional, national and provincial teams. One of its primary purposes is now professional and it has an obligation to develop the elite game. But does this mean it is following an elitist path?

The interpretation of 'elitist' is often synonymous with 'exclusive', and a domain reserved for the chosen few.

One of the most dramatic developments in both rugby and GAA sports over the last ten or fifteen years has been the explosive growth of the number of highly selective, highly competitive sports teams (the so-called elite, select, premier and development teams), and the trend toward early specialisation.

Children are involved in these 'academies' as young as 3, 4 and even 5 years of age, with some playing a single sport all year-round and excluding all others.

Gone are the days when sport was seasonal — autumn and winter was rugby and spring and summer was GAA.

Parents, coaches and clubs are desperate to get ahead of the rest.

Is this not each sport's attempt to isolate any available athletic talent early and prevent any potential athletic talent enjoying or excelling at other sports for fear of losing them to it?

Is this the true elitism that needs to be avoided — early specialisation? It incurs risks of isolating the children who just want to play for fun, the ones who are happy to make up the numbers, drift in and out of training, and are delighted with even the smallest touch of the ball in order to feel they made a contribution.

I played (badly) and loved both rugby and football into adulthood.

I’m even worse at running, but it is still a sport I love, but not even this simple pure sport escapes the 'elitist' versus 'playing for participation' debate.

Some worry that running has lost its elite edge. Do plodders have a place in marathon races or even the local 10km race?

Sweeping statements about others not being fast or serious enough to be a ‘proper runner’ are common.

But the beauty of running is its inclusivity because of its individuality.

Anyone with a will and pair of runners can participate — you don’t need team mates, expensive kit or even ability.

Marathon organisers have realised that the increasing participation levels and appeal of marathons, driven by those amateur runners is the reason the sport is so popular.

Truly elite practice in a sport should not distinguish between an amateur and professional environment, nor should it create an elitist environment.

. Sports that focus on 'elitism' favour the gifted few; the 'best and strongest', as judged based on achievement and success and loose sight of their 'plodders'.

Maybe these sports could learn from city marathons across the world where 'plodders' chase their 'elite' idols through the same cities on the same roads on the same day and can dream of catching them, running with them and sometimes like Josh Griffiths,maybe even beating them.