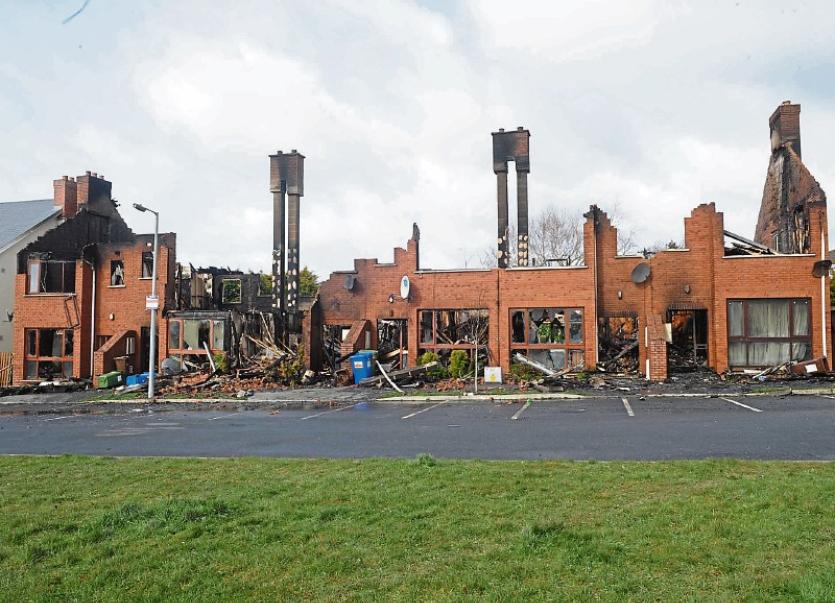 A new Fire Safety Report, released today, has recommended a redress scheme to assist home owners with latent defects in their properties.

In addressing the legacy of bad building and poor regulation, the report states that "ordinary owners who purchased in good faith should not be liable for the costs of remediation caused by the incompetence, negligence or deliberate non-compliance of others."

Kildare fire trap homeowners, including those in Millfield Manor, Newbridge will be waiting to see if the Government takes on the recommendations made by the report. Six terraced homes were gutted by fire in fifteen minutes in 2015 in the Newbridge estate. Residents are still living in fear due to fire defects in many of their homes.

A submission was made to the committee on behalf of the residents of Millfield Manor.

Today's report, published by the Joint Committee on Housing, Planning and Local Government, also states a new independent Building Standards and Consumer Protection Agency should be set up.

It also recommends an end to the process of self-certification, and assigned certifiers should be employed directly by local authorities to ensure buildings are safe.

Another proposal from the committee stipulates that Latent Defects Insurance should be a legal requirement, provided by the developer/builder on the sale of all new residential properties.

Committee member, Dep Eoin O'Broin said; "A decade has passed since the collapse of the Celtic Tiger housing boom. Across
the country thousands of people continue to live with the legacy of poor building standards, ineffective building control and non-existent consumer protection.

"Priory Hall, Longboat Quay, Beacon South Quarter, Millfield Manor and Balgaddy are just some of the private and public housing developments built before 2014 where residents continue to live in defective buildings. Unresolved issues remain
for people living in homes affected by Pyrite and Mica."

He said buying your own home or signing a tenancy for a Council house is one of the most important decisions in life.

"As a Committee, we hope Government will consider our recommendations carefully and make the necessary legislative and policy changes in the interest of citizens and society as a whole."

Speaking following the release, O’Loughlin said, “If this report is acted on, it will hopefully benefit the residents of Millfield Manor in Newbridge that are unable to bring their homes up to standard through their own financing. I have been in continuous contact with the residents association and with other residents who are unable to insure their homes and unable to sell due to the defects in their homes”.

Residents of Millfield received no financial or practical assistance in installing life-saving fire barriers and have been told this work would cost up to €15,000 to €30,000. A redress will assist those people and allow them to sleep easy at night knowing that their homes are up to standard.

O’Loughlin concluded, “The government must act urgently to implement the safety recommendations of the Oireachtas Housing Committee report and aid those people across the country who bought homes during a time where regulations were overlooked. I plan to question the Minister on this topic in the coming weeks”.