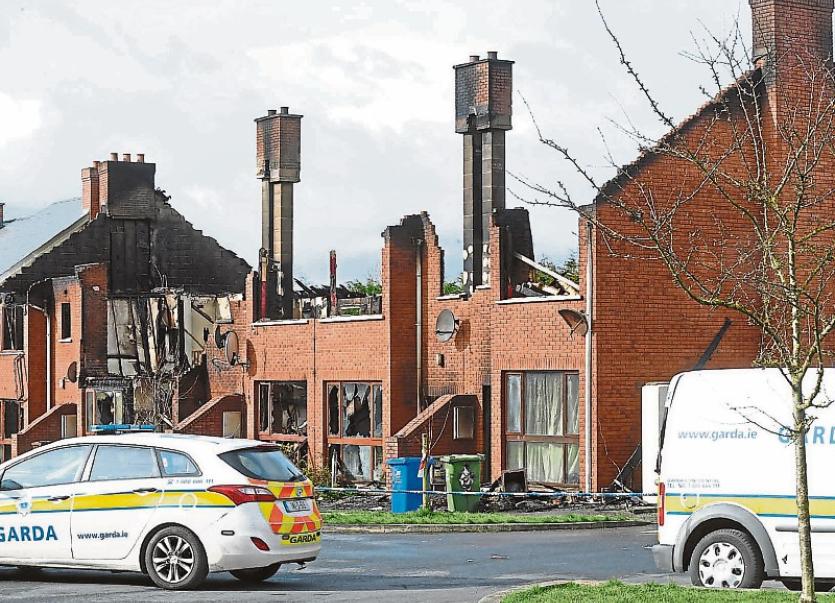 The scene at Millfield Manor, Newbridge, in 2015. The fire gutted the homes in fifteen miutes

The government must act urgently to implement the safety recommendations of an Oireachtas Housing Committee report due to be published today according to the Social Democrats.

Kildare fire trap homeowners, including those in Millfield Manor, Newbridge will be waiting to see what Government action comes from the publication of the report.

Six terraced homes were gutted by fire in fifteen minutes in 2015.

Social Democrats spokesperson on Fire Safety and Building Standards Cian O’Callaghan said: “The recommendations of a report by the Oireachtas Housing Committee stating that there was 'a significant level of non-compliance, negligence and incompetence,' in some Celtic Tiger era building developments must be urgently implemented by Government.

“The failure of local authorities and the Department of Housing to come to terms with the scale of this problem and to assist residents is inexcusable.

“For example, I’ve made several requests to Dublin Fire Brigade and Dublin City Council to meet with residents in one estate where serious fire safety defects have emerged, and they have refused this very reasonable request on several occasions."

He said it is vital that the Minister for Housing Eoghan Murphy urgently assists residents and homeowners struggling to deal with the Celtic Tiger legacy of fire safety building defects.