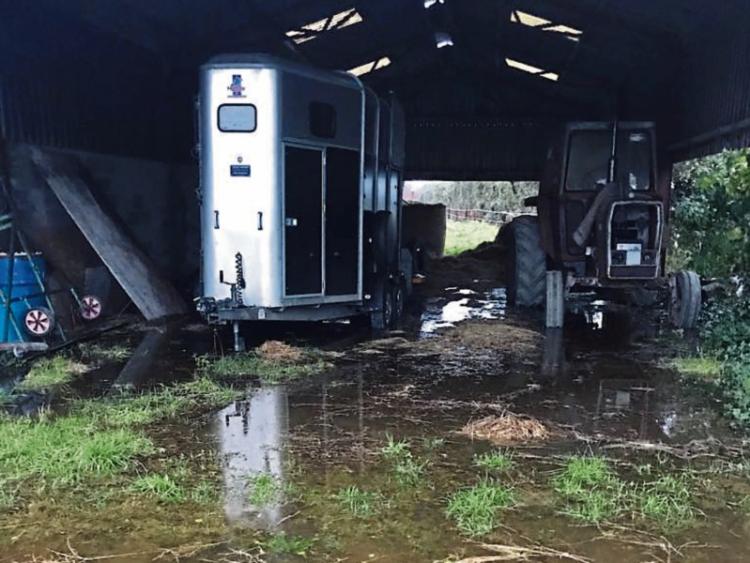 Flooding issues in the Clane area are on the agenda

It will take six to eight weeks for Kildare County Council to come up with a plan for the alleviation of flooding in the county.

At the Maynooth Municipal District meeting on January 12, Director of Services, Niall Morrissey, answer questions from members on the flood plans.

One of the issues the Council faces is that despite plans laid down for a number of areas, new flooding locations, some unexpected, emerged during recent floods.

“It will take us six to eight weeks for a reasonable plan,” he said.

Mr Morrissey went on to say they would have to prioritise areas and money would be an issue.

Cllr Padraig McEvoy had put down a question as to information from the Office of Public Works “regarding current and future funding schemese and associated timelines to help address” the District flooding issues set out in the OPW maps.

In a written reply, the executive said that the draft flood risk Management Plans “are currently awaiting final Ministerial approval.”

Once finalised the relevant ones will be sent to each local authority for adotpion.

It said that following adoption, Kildare County Council will be able to apply to the OPW for funding for schemes in the plan.

It will include schemes to provide protection to existing properties in Clane, Kilcock, Maynooth and Leixlip.

The report said the OPW would provide funding for minor works schemes, “where a cost benefit ratio of 1:1 can be shown,” or where the benefit is equal to the costs.

A meeting among the relevant Council sections on flooding took place at the Council on January 11 to identify additional schemes.