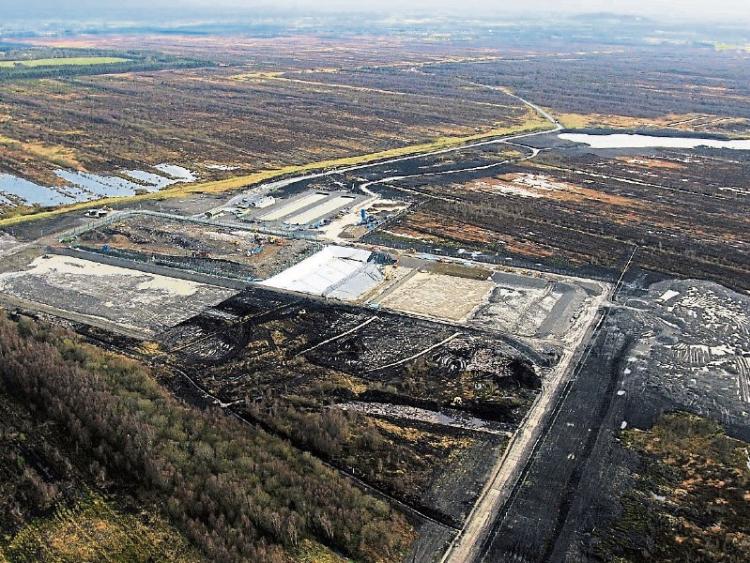 Bord na Mona has said its application for a major extension of its west Kildare Drehid landfill site, including for the provision of hazardous waste handling, does not require an integrated pollution prevention and control licence.

The application, which will be decided by Bord Pleanala, as a Strategic Infrastructure Development, is proposed to be based on a 272 hectare (670 acre) site in west Kildare.

It requires an Environmental Impact Statement.

The application form (see www.drehid2017sid.ie for full application) asks: “Does the application relate to a development which comprises or is for the purpose of an activity requiring an integrated pollution prevention and control license.” The company ticked ‘no’.

The public have until February 20 to make submissions to Bord Pleanala.

The proposal is to cater for both hazardous and non hazardous waste at the site.

At the moment the company site has 4,605 sqm and the application, if granted, would bring an extra 20,230 sqm of building and include 942 sqm of car park.

The company predicts incinerator bottom ash material coming from a Duleek waste site and from Poolbeg.

The company also said the site could provide construction material which is predicted to be less available in the future. There is an “anticipated shortfall in capacity for soil and stones in GDA”, showing a capacity shortfall in 2019 of 2,62 million tonnes rising to some 3,98 million tonnes in 2023.

They say that “the predicted capacity shortfall clearly has the potential to be a significant constraint for market operators and construction activities in the regions in future years”.

“It is clear from the report that there is a need for significant additional capacity for the landfill of construction and demolition waste in the GDA and the proposed development at Drehid will address part of this capacity deficit,” it says.

The company has also said in the application that the Major Accident Regulations do not apply to the development.

It says that the company has met Bord Pleanala officials five times between September 9 2015 and September 13 2017.

The proposal includes a 10.79 landfill area for 85,000 tonnes of hazardous waste a year, including incinerator fly ash and other residues, and, other hazardous waste streams which are currently exported from Ireland.

On traffic concerns, which are a bone of contentions for many locals, the application non technical summary said: The main conclusions of the traffic assessments are that he existing R408 and R403 signalised crossroads in Prosperous will be currently over capacity in 2019 without the proposed development.

It also said the R407 and R403 signalised priority junction, Clane, will also be over capacity in the AM peak in 2019 without development. “As these junction are already over capacity, improvement works would be required to reduce congestion.”

It said tests at existing Johnstown Road roundabout, Enfield, indicate that this roundabout will operate below capacity up to and including the design year of 2034 with the inclusion of traffic from the proposed development.