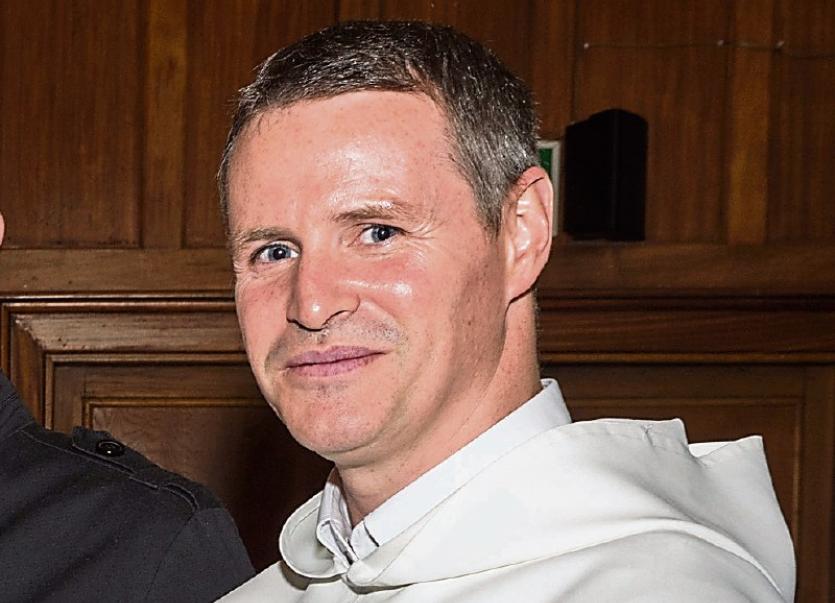 A Newbridge chaplain, and former Man Utd player, will be featured on RTÉ’s Nationwide tonight.

Fr Philip Mulryne OP was assigned to the Dominican priory last summer, where he joined the chaplaincy team at Newbridge College.

Fr. Mulryne was born in Belfast and was spotted by a Man Utd. scout whilst playing for his parish soccer team at the age of 14.

He signed a schoolboy contract and in 1994 after he finished school, he went to the English club as a professional.

Making his debut in 1997 against Ipswich Town, he played five times for the first team before being sold to Norwich City in 1999, playing 135 times for Norwich City during a period of six years.

He made his debut for Northern Ireland in 1997 and went on to represent the team 27 times.

After short spells at Cardiff City and Leyton Orient, Philip retired in 2009 and entered the Diocesan Seminary of Saint Malachy’s Belfast, spending two years studying philosophy at Queens University Belfast and at the Maryvale Institute.

He completed his studies in philosophy and went to the Pontifical Irish College, Rome, to study theology for one year at the Gregorian University before discerning a call to religious life.

The Belfast man entered the Dominican Novitiate House in Cork in 2012.

On Saturday July 1, he was ordained a priest for the Dominican Order by Archbishop Joseph Augustine Di Noia at Saint Saviour’s Church, Dominican Street.

Tune into RTÉ One from 7pm tonight, January 15, to see the daily work of Fr. Mulryne.