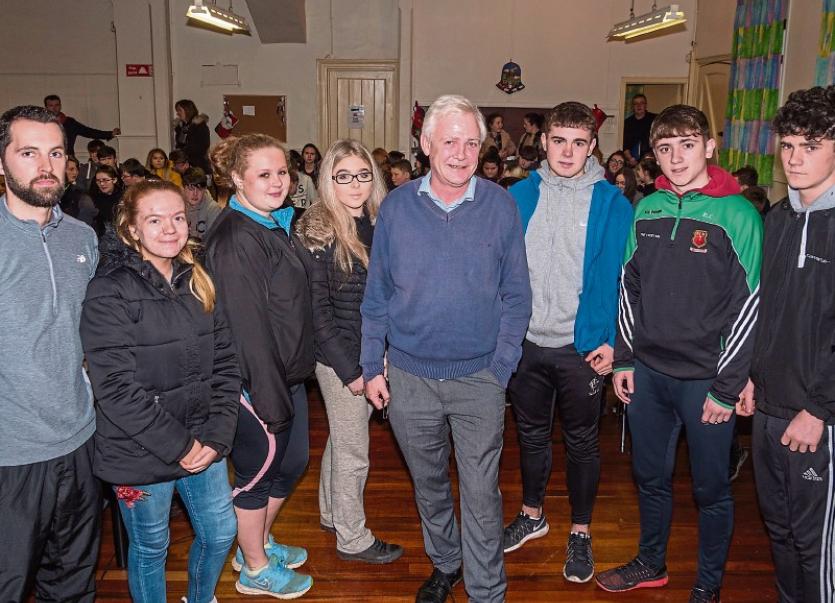 ’Live life to the full’ was the message given to students of the Curragh Post Primary School prior to Christmas — and it came from someone who has spent the past four years building that positive message out of a personal tragedy.

Fionnbar Walsh, father of Kerry teenager Donal Walsh, who issued an impassioned anti-suicide plea shortly before his death in May 2013, addressed the students as part of the school’s first ‘Resilience-building Day’ on December 20.

The day included events and activities designed to promote student wellbeing and positive thinking. Mr Walsh explained the Live Life Foundation, set up after his son’s death, helps young people suffering from cancer and their families, through a programme which works to spread Donal’s final message of embracing life. He went on to describe how Donal, stricken at the age of 12 with a rare cancer, which later returned, was “unfortunate in that he was faced with low odds of survival” but he never allowed this to affect how he lived. Donal shot a You Tube video which showed all aspects of his life and illness, from being sick after chemotherapy, to lifting weights.

“Determined, stubborn and bold” was Mr Walsh’s description of his remarkable son who, unable to play contact sports, obtained a rugby coaching qualification at the age of 14, making him Munster’s youngest coach.

His actions attracted the attention of many people, including Paul O’Connell.

Public acknowledgment increased when Donal produced his “suicide letter”, urging people to value the gift of life. His subsequent RTE interview with Brendan O’Connor was, Mr Walsh told the gathering, “picked up and relayed in multiple languages”.

His father reiterated: “Everybody needs to open up and, no matter how hard life seems, there is always a door that will open, and somebody will be on the other side.”

Mr Walsh’s address was well received by the students, who plan to hold a fundraising and awareness-raising event in aid of the Foundation.

“The resilience-building day was a fantastic experience, allowing the young people to discover, or in some cases re-discover, the skills and talents within themselves,” said Ms Doyle.

“This is a programme which we will continue to work on into the future, as we place student wellbeing at the core of everything we do."