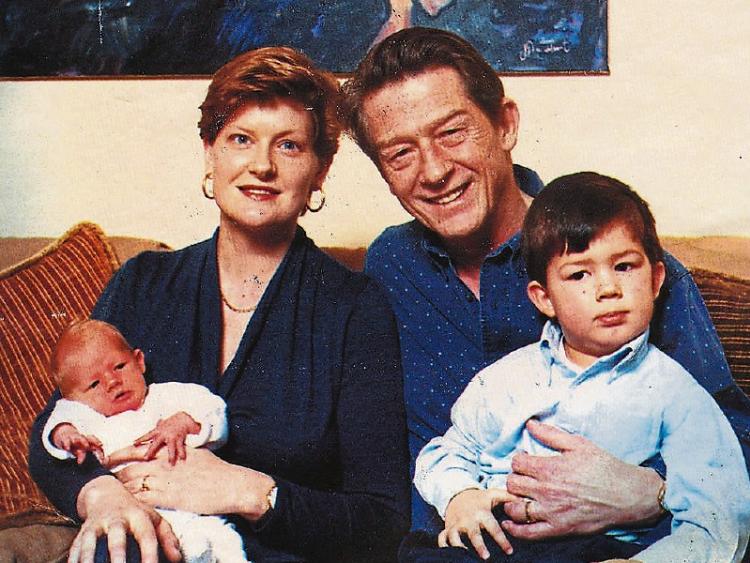 It is nearing the one year mark since the acclaimed actor and former resident of Athy John Hurt passed away.

The late Mr Hurt was a well known figure around Athy in the 1990s when he lived up the road from the town in Ballintubbert House.

The well-known actor and voice over artist who passed awaylast January, spent five years living in Ballintubbert, just across the Laois border, with his then wife Jo and his two sons, Alexander and Nicholas.

He first fell in love with Ballintubbert House, once home to poet Cecil Day Lewis, on the way to Athy while on a break from filming the 1990 film The Field.

According to his PA of 16 years, local woman Lorraine Fenelon, he glanced the house through the window of Anthony’s auctioneers house at the lights in Athy during a break in the filming.

“He was looking for a place for Jo and the boys at the time and he fell in love with Ballintubbert House. He loved living there and going into Athy. He could relax here. His favourite pub would have been Clancy’s as he got on very well with Mrs Clancy who was still alive at the time. I was devastated when I heard the news. I worked with him for 16 years but I couldn’t call it work. I enjoyed every minute of it.”

Local poet John MacKenna recalled bumping into the actor, well known for his roles in Alien, 1984 and the Elephant Man, at the train station in Athy.

“At the time he was doing a Samuel Beckett play in Dublin,” said John. “I used to meet him at the station in Athy. He would say hello but when he got on the train he would go off and sit on his own. He’d say ‘I need to learn my lines — leave me alone’.”

Local photographer Robert Redmond got the call to photograph John and his family after the birth of his second son Nicholas.

“I took some private pictures for the family after his second child was born.

“Hello magazine at the time were looking for photographs so John said I could sell them for £1,000 a picture as long as I gave Crumlin Children’s Hospital £500 per picture.

“He was very generous. He loved Athy and he loved the history and archeology of the town.”

The actor passed away on January 25, 2017 from cancer. Hurt died at his home in Cromer, Norfolk, in the UK, just three days after his 77th birthday. His death was announced two days later. He is survived by his children.